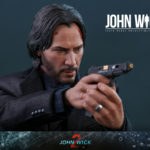 Hot Toys has unveiled its 1/6th scale Movie Masterpiece Series John Wick collectible figure which is based on the likeness of Keanu Reeves as the legendary hit man in the second instalment of the hit action thriller franchise John Wick: Chapter 2; check out the promotional images here… SUPPORT FLICKERING MYTH: Order via Sideshow Collectibles “The man. […] 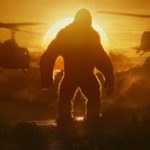 Harrison Abbott on the best movie action scenes of 2017… It’s that time again. That’s right, it’s time for arbitrary lists that subjectively rank the best/worst things of the year! This one is about 2017’s decent catalogue of cinematic action scenes, which means there’s likely a lot of omissions to piss you off. With that in […]

Perhaps one of the most surprising hits of  2014, John Wick was the movie that relaunched the career of Keanu Reeves and gave us an action film that was simple, well directed and featured fantastic practical action. The sequel, John Wick: Chapter 2, also proved to be a success, expanding the world that Wick inhabits and gaining even […] 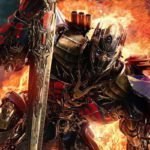 George Chrysostomou asks whether we’ve started to settle for mediocre action pieces… The action film will forever be in its heyday, for conflict drives any narrative forward – especially when that conflict results in a showdown between two or more characters. Audiences will forever be drawn to the cinema to witness larger than life sequences, […]

The Flickering Myth team vote… July marks the second half of 2017, can you believe it’s been half a year already? We’ve seen so much already! Audiences have been wowed by the movies approved by the Academy, Beauty and the Beast earned $1 billion, we’ve seen Fate of the Furious push the franchise to whole […]

Lionsgate has announced that the Keanu Reeves-headlined action thriller sequel John Wick: Chapter 2 is set for a digital release on May 23rd followed by a DVD and Blu-ray release on June 13th in North America. You can check out the cover art and a full list of special features for its home entertainment release […]

Tom Jolliffe on Logan’s final third and losing a grip on greatness. Warning. Major spoilers follow… So there you are. You’re bowling a near perfect game. You’ve had the odd spare here and there but largely you’ve had strikes. Then you hit a gutter ball and your game starts falling apart. Sometimes it can end […]

With John Wick: Chapter 2 having pulled in $125 million and counting around the globe, it looks all but assured that Keanu Reeves will be back to close out the trilogy, and speaking to Empire, the star has offered his thoughts on what he’s like to see from John Wick: Chapter 3: “I think the opening […]