Lorne Balfe is a Scottish composer who has been working in the film, television, and video game industries since the early-2000s. He is best known for his work on video game titles Call of Duty: Modern Warfare 2 and Assassin’s Creed III, as well as movies like Terminator Genisys and The Lego Batman Movie. His latest score was for the action thriller Mission: Impossible – Fallout, which was directed and written by Christopher McQuarrie. 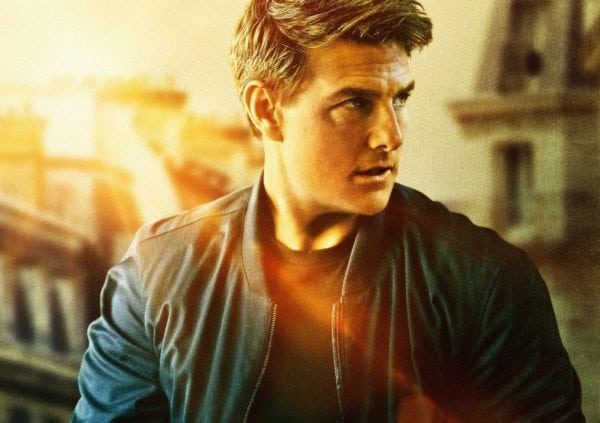 Flickering Myth had the privilege to interview him, and I in turn had the honor to conduct it:

Mr. Balfe, thank you so much for taking the time out of your day to speak with me sir. I have been a huge, huge fan of yours since Modern Warfare 2, so this really is an honor.

Listen, I still listen to Modern Warfare 2 now, so that’s great [laughs]. Lovely to meet you.

No, thank you. So, I hope you don’t mind me asking a few unrelated questions before we go into Mission: Impossible – Fallout, if that’s all right with you?

I know that you sort of got your start writing jingles for commercials in the United Kingdom, and jingles are generally based around a recognizable base part that becomes catchy through repetition. Would you say that those experiences have made their way into your contemporary work? Because you do tend to create these very memorable melodies in all of your tracks.

Probably subconsciously, but my love of music has always been traditionally from more of a contemporary point-of-view. I’ve always enjoyed popular contemporary music, so the concept of a song has constantly been a thing that I’ve loved. And a good theme tends to be very hard to write, and I think that philosophy is related to Mission: Impossible because you’ve got one of the most memorable themes of all time. It’s so well known, you can try to analyze it, but there’s no need to because it’s really just a great theme.

And I love listening to themes and I’ve always tried to write themes when it’s appropriate, but it’s not always appropriate in film music. I’m sure inspiration from one of my car commercials has rubbed off in my journey and stayed there, though I do think it is that pop sensibility that really drives me.

Oh, that’s interesting to hear sir. I do respect you for moving into a more contemporary sphere while still holding those older influences. Now, your video game OSTs were very influential on me as young person growing up. I love Contingency from Modern Warfare 2 and the Assassin’s Creed III main theme is one of the greatest pieces of music I have ever had the privilege to hear. And the thing that I feel makes you very unique is that you jump around so much with your styles, compared to other composers who I’ve noticed fall into patterns of sorts. Like Jesper Kyd tends to use stringed instruments in his works while David Wise uses more soothing synths, and Bryan Tyler incorporates a lot of brass.

And those patterns are not a bad thing: don’t get me wrong, they’re all talented composers. But with you Mr. Balfe it’s like one track you’re using drums, the next you have vocals, the next it’s wind focused. Is this a deliberate tactic on your part or do you just change things up depending on what you feel is demanded from a piece?

Well firstly, please call me Lorne. Mr. Balfe is far too formal [laughs]. So please call me Lorne. Secondly, I think, to me, the inspiration has to come from the movie or the TV show or the game, and you can’t always follow the same rules, because every story is different that you’re trying to tell. Like recently I finished a TV show and the orchestration in that was very different from Mission: Impossible, that’s for sure. So I think that your musical color scheme really does originate from the inspiration that you get from the story. That makes a lot of sense: that different projects would create different modes of inspiration for you. Speaking of Jesper Kyd, I know you both worked on the Assassin’s Creed: Revelations soundtrack, albeit doing different parts. Did you ever meet him by chance during recording or were you two completely separated from one another during production?

I finally met Jesper about three years ago, so unfortunately I never met him during the whole process as we did work separately. But thankfully we managed to meet at a BAFTA event, so we got to catch up then. But really, it was two different identities going on in that project.

Now, I know for video games that you have to write a lot of music because these games have tens of hours worth of content. Since you’ve done quite a number of movies as well, I have to ask: for lack of a better word, is composing for movies more relaxing since you don’t have to create as much music?

I wouldn’t say relaxing [laughs]. I think they’ve both got their different challenges. The objective is the same: you’re still trying to underscore the dialogue. And I think that video games….video games are a different experience from movies because, as you know, the gamer lives and breathes the game. Like, with Assassin’s Creed, it’s a 28-hour gameplay experience, so the music you’re living daily with, unlike a movie which can be a run-off experience that you might watch again, but it’s not a continuous experience. That’s different, but it’s the same path.

I think, like with Modern Warfare 2, I think maybe around eight hours of music was listed, which is a lot, but it made sense because of the gameplay and how it lured the gamer. So I had to figure out a way to prevent it from becoming repetitive.

But with a movie, just because it’s two-and-a-half hours long, it doesn’t mean that it’s less work than the game. It’s different work and a different focus.

Thank you for explaining that to me. I suppose when you just look at the hard numbers, it doesn’t paint the full picture. But with that, let’s talk about Mission: Impossible – Fallout. It is the sixth entry in a series that is loosely based on a popular TV show, but even the first movie came out over 20 years ago, so the films certainly has a large following on their own. I’m wondering, what’s the difference for you between coming onto a franchise like Mission: Impossible or Terminator, versus something more independent and isolated like The Florida Project? Is there more pressure because of the fanbase or do you approach everything the same way?

Well, I think the fanbase is an important thing, and you always have to be aware of the fans of that franchise. Because they are who make it, and I think musically I’m always trying to make sure that I do incorporate that musical DNA. Every project has its own obstacles and challenges, but really you have the same objectives. And what makes it very intimidating is Mission: Impossible has this famous theme.

And I remember watching Mission: Impossible 1 when it came out in college and loving it. I’ve basically, for the last 22 years, been, in my head, scoring Mission: Impossible. So it’s a dream come true for me. To be able to, as a fan of the franchise, work with the team and give it a different approach.