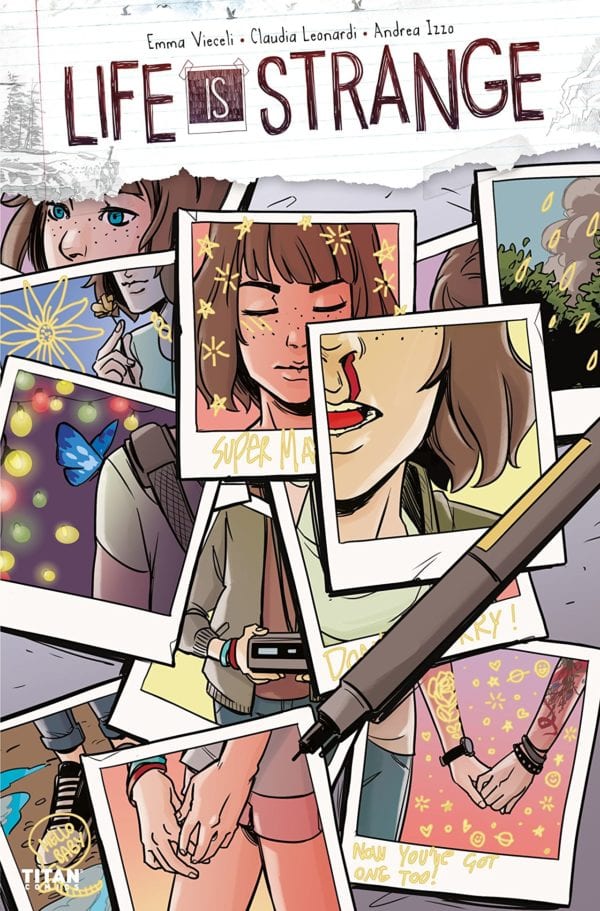 Last issue we left the pair gathering their thoughts after Chloe finally got to experience what Max has to live with. The strange abilities that allowed Max to bend time have now started acting independently of her control and are forcing her to see visions of the alternate realities that could have been.

This adventure picks up back in Seattle where the band “The Highseas” that Max and Chloe had been hanging about with talk about how the tragedy of Max and Chloe fuel their music. Using the opening of the issue to remind readers of the reality and end choice of Life is Strange that this series occupies, the story then transitions to familiar territory.

In the bedroom of Chloe, Max is recovering from the episode at the end of issue two; the pair regroup and use the room as a base of operations much like it was used in the game. The pair reflect on how far life has moved on while the current event plays out like another chapter in the saga of their lives.

The end section of the story has Max freaking out, while characters who should have died are interacting with her in conversation; Max starts to lose all concept of what reality she should actually be in. The conversations then open up and offer an interesting piece of information where the Max that occupies another reality is going through the same experiences but with losing Chloe.

Chloe also has a harsh realisation when they cross into a reality where Max and Rachel are about at the same time, and Chloe is overcome with emotion at the sight of her one time love interest.

The penultimate issue in this series takes a huge note out of its video game counterpart’s playbook. The issue throws in a lot of twists and turns that have you doubting reality; with Max and Chloe heading further down the rabbit hole we have no idea where they are heading next.

This issue has certainly lived up to the creative writing and plot twists that made the original video game so compelling, and I am interested and hyped to see how this story ends.