Graeme Robertson on why Dr. Strangelove should have won Best Picture over My Fair Lady…

For today’s entry, we’re looking at the Oscars celebrating the best of 1964, a year in which George Cukor’s lavish musical adaption of My Fair Lady took home the top prize. 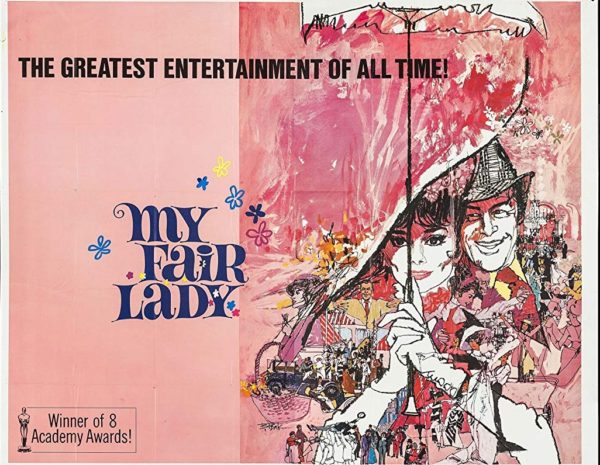 Of course, I don’t like this choice because, as I’ve probably said before, I really don’t care for musicals so we’re going for something else. Feel free to call me shallow for doing so (because you’d be right) but my dislike for musicals really is that strong.

So what’s my pick for Best Picture of 1964 instead of a light-hearted musical? Why a comedy about a nuclear war of course!

Brought to us by Stanley Kubrick, I am of course referring to his iconic apocalyptic black comedy Dr Strangelove: Or How I Learned to Stop Worrying and Love the Bomb.

In a period of heightened tensions between the Superpowers, a US Air Force General has a psychotic break and orders planes armed with nuclear weapons to attack the Soviet Union, forcing the US to frantically call back the planes to prevent a nuclear war.

Nuclear war as a topic itself is terrifying enough. All you need is one very bad day and all life on the planet is wiped out in a vast field of mushroom-shaped death. Still, as Dr Strangelove shows, if the world’s going to hell you might as well laugh while you melt. 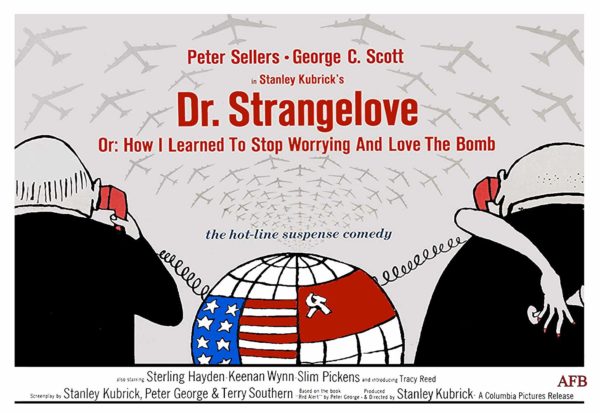 The story itself is a clever satire on the often absurd nature of the Cold War and of the competition between the Superpowers. Skewered by the film are ideas such as the nuclear arms race in which the superpowers frantically competed to have the largest nuclear arsenal so as to close a “bomb gap”, despite them each having enough bombs to destroy the planet several times over. This weapon obsession inevitably leads to a new obsession around a “mineshaft gap” in the subterranean post-apocalyptic future that will arise because of this immensely destructive and immensely stupid mindset.

The film also brilliantly mocks the rather flimsy ideas surrounding nuclear deterrent and mutually assured destruction (or MAD as it was appropriately dubbed) with the introduction of the Soviet “doomsday machine” to the film, a weapon that will kill everything on the planet if detonated, thus no one will dare attack it and thus it exists as the ultimate deterrent. The only problem is that the Soviet’s didn’t tell anyone about it, thus rendering it about as useless a deterrent as a rubber duck.

Those who are really reading deep into the story while also notice that the film has some rather strong sexual overtones. While I can’t go into too much detail, let’s just say that the film strongly suggests that the whole nuclear crisis starts because an ageing Air Force General couldn’t, shall we say, “ready his missile for firing”. 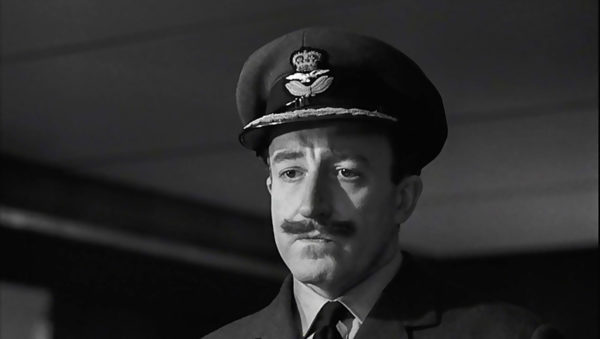 The bulk of the film takes place within the ominous confines of the Pentagon’s “War Room”, a simple setting rendered spectacular thanks to the fantastic production design of Ken Adams (best known for his work on the James Bond films) and the beautiful black and white cinematography of Gilbert Taylor that gives the sets a rather mysterious, dark and sinister quality to them. Which in turn makes the comedic shenanigans that transpire within just that little bit funnier. It’s the most dangerous and important room in the world and it’s full of idiots who don’t know what to do.

Some of the sets are also littered with clever sight gags often with a grimly ironic quality to them, such as the official slogan of “Peace is Our Profession” being ascribed to an air base that sends out B-52 bombers armed with nuclear weapons, or an air force general whose name is Jack D. Ripper.

The real star of the show is, of course, the multi-faced performance(s) from Peter Sellers as the US President, a British RAF Captain and the bizarre title character, with the versatile comedy legend disappearing into each role with ease and reaping all manner of comic brilliance from each.

SEE ALSO: Oscars: What Should Have Won – High Noon over The Greatest Show on Earth for Best Picture