With Sigourney Weaver last week revealing that she will be making a return to the upcoming Ghostbusters movie, we now have some more Ghostbusters news and this comes straight from last weekend’s Ghostbusters Fan Fest. 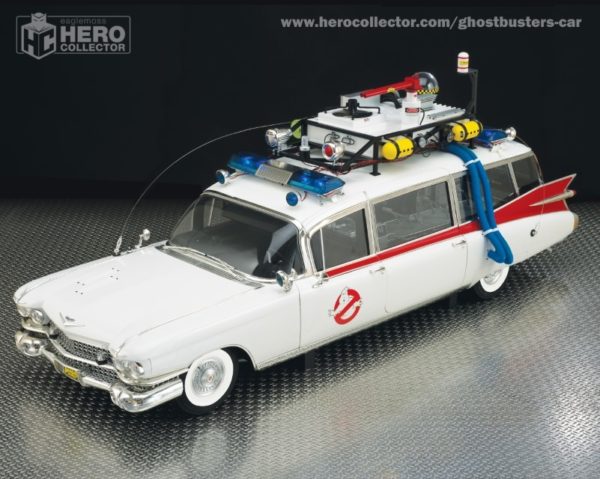 Eaglemoss Collections, the company with forty years of experience in delivering highly detailed die-cast models, figures and collectables including Star Trek, Aliens vs Predator and Game of Thrones (to name but a few), have announced that they will be producing the iconic Ecto-1 as part of their Hero Collector line, thus giving Ghostbusters fans across the globe the chance to build their own high-quality 1:8 scale version of the Ghostbusters’ famous Ectomobile when it launches later this year. 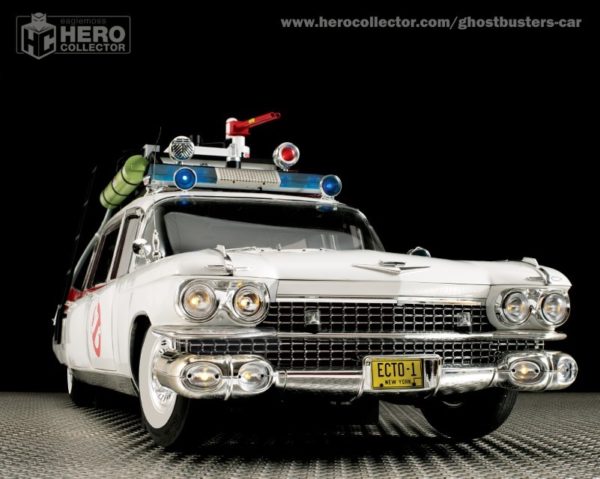 Based on a careful study of the actual 1959 Cadillac Miller-Meteor ambulance used in the 1984 supernatural comedy, every possible detail of the ECTO-1 has been carefully reproduced in 1:8 scale. The doors, hood and windows all open, the headlights, tail lights, brake lights, and emergency lights all work, the siren sounds, and the steering wheel turns the front wheels.  The completed model is over 31-inches long, close to 10-inches wide and showcases the custom modifications made by Dr. Ray Stantz himself, including:

To register and interest in this upcoming release go here and to look at the complete Eaglemoss Collections catalogue visit their website here.