SyFy’s Superman prequel Krypton has returned and things are dramatically different from the first season. Picking up months after the Season One finale, Seg-El’s sacrifice has caused the future to change with Superman no longer in existence, allowing General Zod to rule Krypton and begin his expansion throughout the galaxy along with other dire consequences for Earth. ‘Light-Years From Home’ offered an exciting start to the second season that doesn’t lose sight of its characters and how their new situation will test them in ways they’ve never been before. 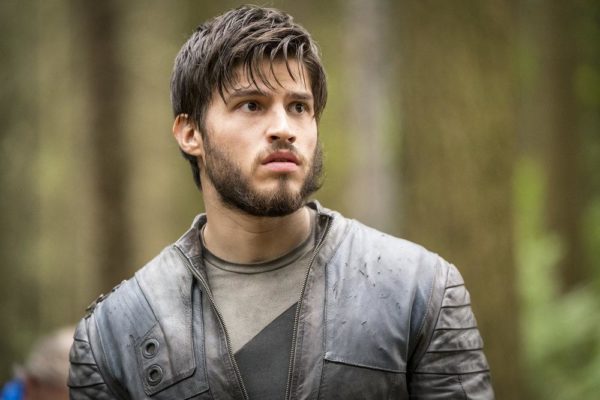 The premiere doesn’t waste any time catching audiences up to what Krypton has become with General Zod declaring himself as ruler and turning most of the planet into a police state. As much as Kandor was already under a tyrant in the previous season, things have escalated quite a bit as Zod and his army painfully recondition people who speak out and perform raids and executions on dissidents. Colin Salmon turns in a great performance as Zod. While he was still fairly villainous last year, Salmon and Krypton portrayed Zod more as an anti-hero fighting against Brainiac’s attack on the planet, but now that’s done with Salmon is really stretching out Zod’s villainous side to show how ruthless and cruel he is while still maintaining the air of making necessary harsh choices.

Meanwhile, Adam Strange finds Val-El, Jax-Ur and Nyssa, the leaders of the resistance against Zod. This grouping was pretty nice to watch as most of these characters never got a whole lot of time together last year. Each actor shared good chemistry with each other, particularly Shaun Sipos and Ian McElhinney, the latter of whom does a good job differentiating the hologram Val and the real Val he’s played. It offers a new dynamic between the two since Strange is talking to a flesh and blood person with actual feelings and concerns rather than a construct that can only mimic those behaviours. Wallis Day showed a good amount of growth as Nyssa over the course of the first season and that continues here now that she is a mother and part of a larger rebellion. It’s interesting to see the parallel between her and Lyta-Zod as they have shifted their roles now that Lyta is somewhat power hungry and targeting her grief over Seg’s loss in a destructive way. Geotgina Campbell’s darker take on Lyta works, but she also still shows some of the conflict and uncertainty in her and Zod’s actions. 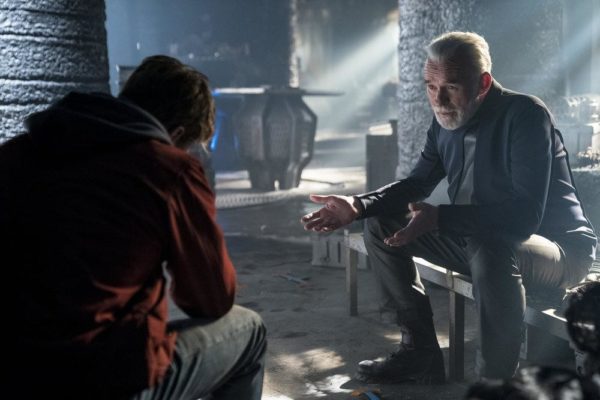 Cameron Cuffe didn’t get a whole lot to do in the premiere since it mostly followed events back on Krypton and how things have changed without his presence, but Cuffe displayed Seg’s despair throughout the episode very well. It was a bit surprising to see him and Blake Riston’s Brainiac escape the Phantom Zone so soon in the season, but that’s not really a concern either. Cuffe and Riston’s combative chemistry was solid and Riston again shined as the evil A.I. He displayed more of Brainiac’s calculated mind as well as his ability to put aside differences for the team being in a mutual shared goal of survival, though Seg’s decision to attack Brainiac rather than help or be helped by him was perfectly in line with his character. Cuffe’s emotional range, from his defiance of Brainiac to his joy at reuniting with Strange, made Seg fairly empathetic, especially after everything that’s happened to him.

One other impressive aspect to the episode is the amount of detail in the series’ production. The costumes all look cool, especially Zod and Lyta’s new looks and that of their guards, while the effects look great on a TV show budget. Some of the laser blasts and their inflicted damage on people looked pretty brutal while Brainiac looks just as intimidating with his costume and make-up as he did before. It was also nice to see the show explore some other places on Krypton aside from the usual city streets or apartments that we showcased so much before. Now we’ve got Seg on Brainiac’s homeworld of Colu as well as Krypton’s moon Wegthor, which looks like a completely different environment to Krypton. Hopefully the series will branch out even further to show us different cities on Krypton as well as more of Colu. 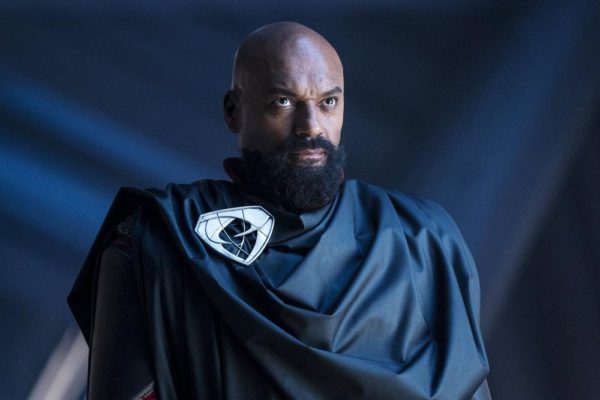 Krypton‘s second season premiere was a great return of the show, one that offered viewers a different feel and tone to the previous season. Everything was ramped up right away with Zod’s tyrannical rule and the threads left for the rest of the season are pretty intriguing. Anyone who knows Jax-Ur’s history from the comics will have perked their ears when she and Val mentioned Krypton’s moon, but we also got some nice teases on Lyta’s search for her mother, who she attempted to kill in the first season finale, Zod’s search for Doomsday and, of course, Emmett J. Scanlan’s appearance as the violent and foul-mouthed bounty hunter Lobo, who captured Seg and Strange in the final moments of the episode. Just from this premiere alone, it looks like fans will have a lot of interesting stories to watch out for with these characters.