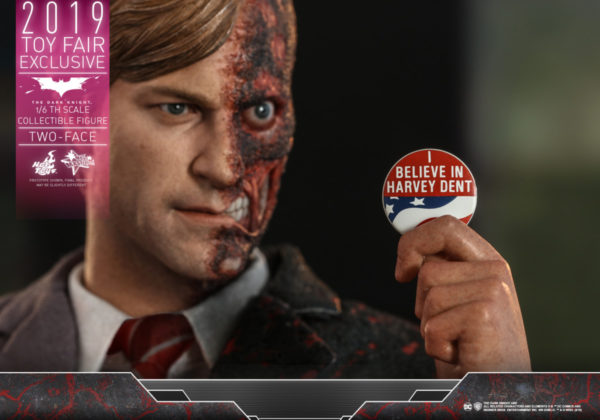 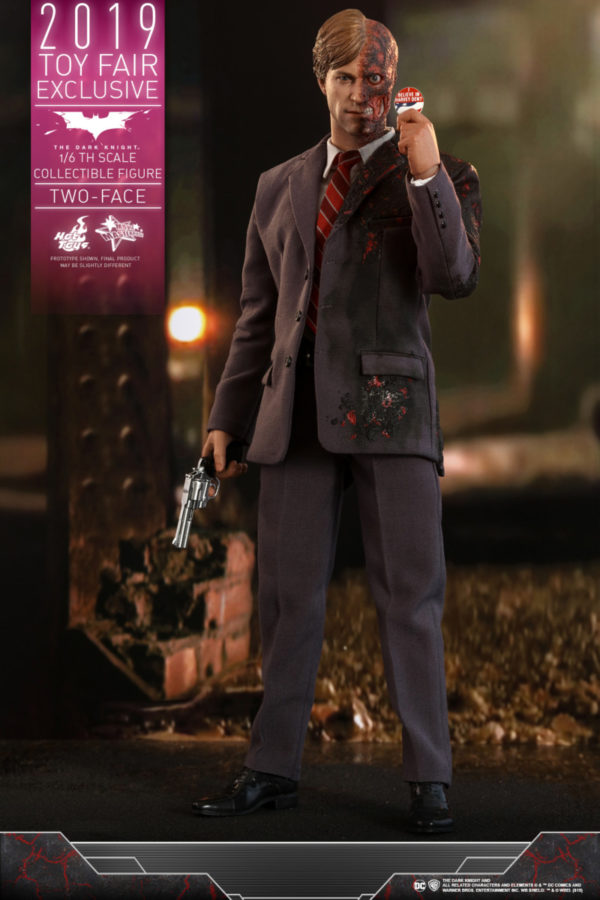 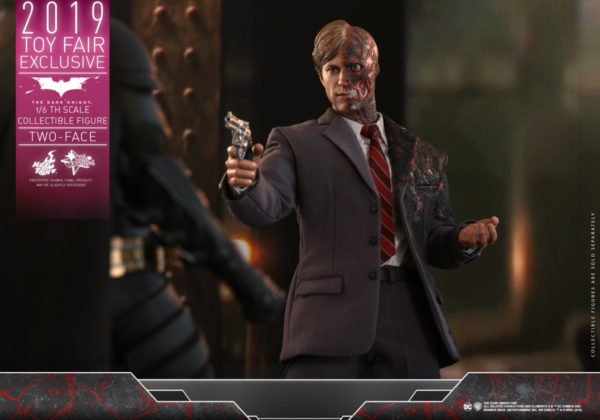 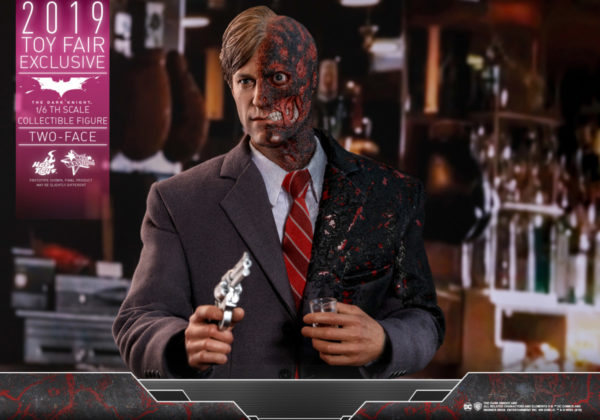 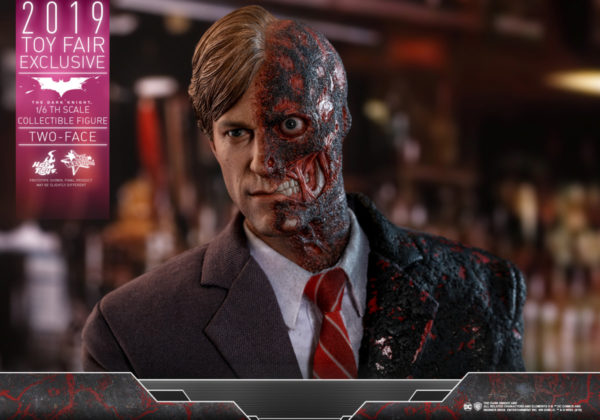 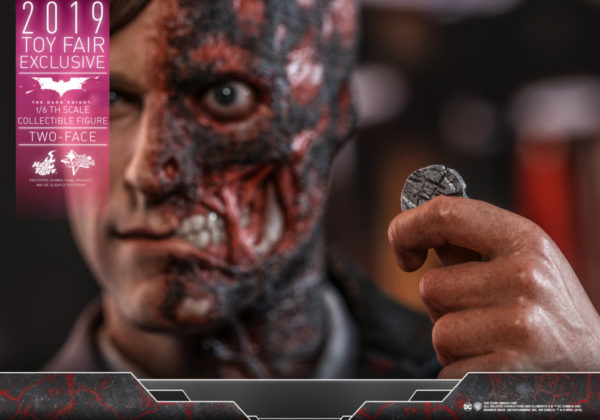 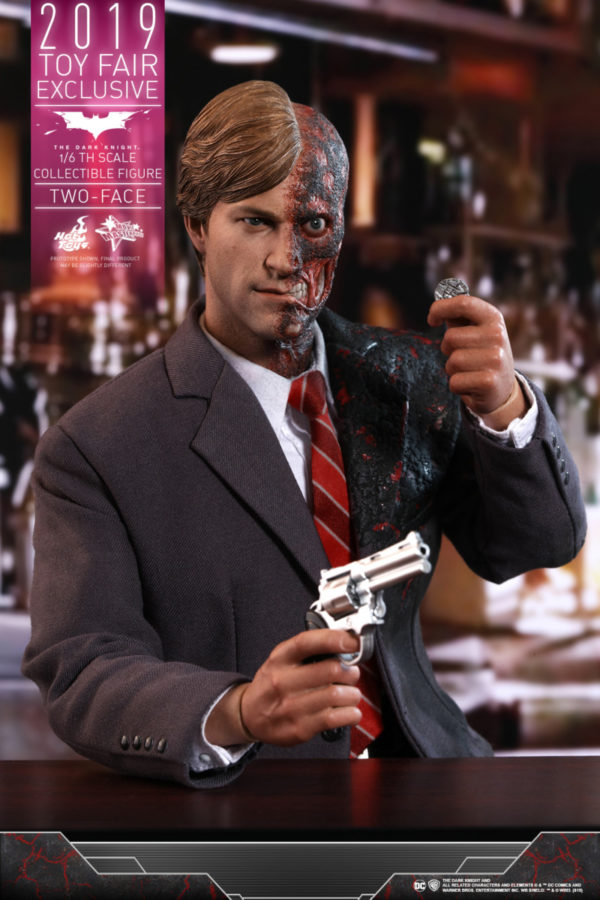 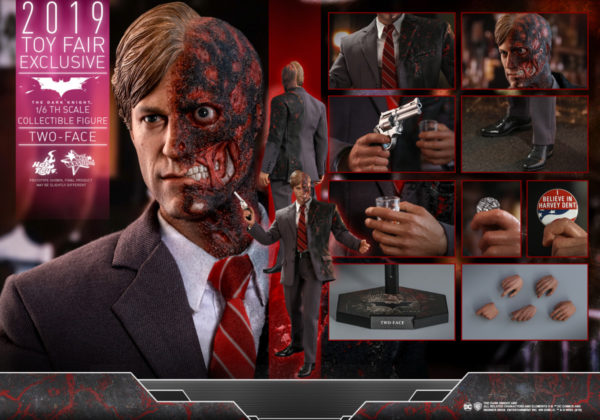 “The night is darkest just before the dawn. And I promise you…the dawn is coming.”

The Joker tied up Harvey Dent, and when Batman attempts to save him, an explosion set off caused half of Harvey burnt, disfiguring him in The Dark Knight. The tragedy leaves Dent traumatized, mentally disturbing him into insanity, blaming Batman for his condition. Harvey always carries around a coin that he flips to determine whether he will do a good or evil deed.

After 11 years of Hot Toys’ first release of the figure, we are excited to revisit this villain – Two Face in 1/6th scale collectible figure from The Dark Knight. Skillfully crafted by our two incredibly talented painting artists and head sculptor at Hot Toys – JC. Hong and Yulli, this amazing figure is one of our Toy Fair Exclusive items this year only available in selected markets!

The movie-accurate collectible figure is specially crafted based on the image of Aaron Eckhart as Two Face/Harvey Dent in the movie featuring a newly developed head sculpt with half burned face, finely tailored suit with burnt marks, highly-detailed weapon and accessories including pistol, glass with drink, badge, coins, and a movie-themed figure stand.

The Dark Knight collection wouldn’t be complete without this Two Face collectible figure.