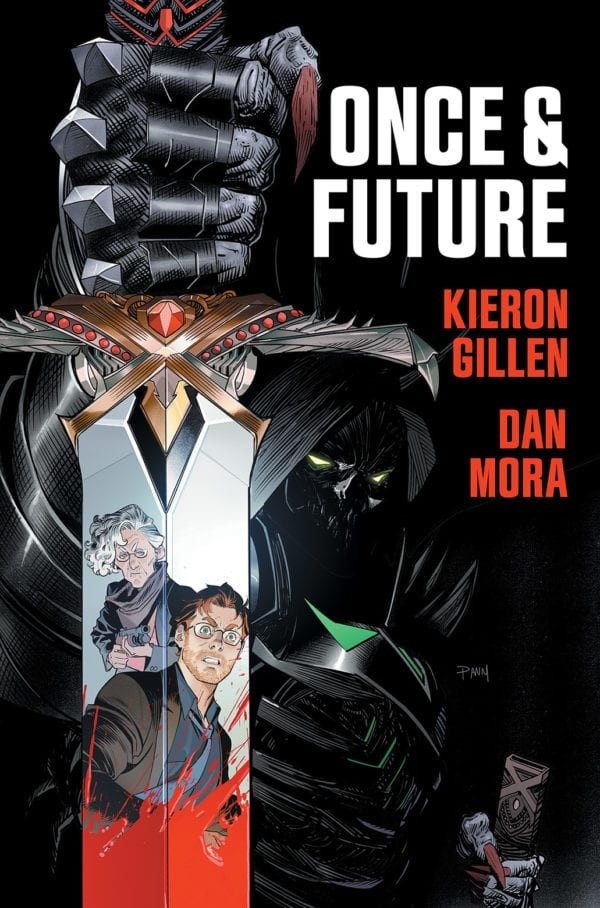 The first issue of Once & Future is a very strange and familiar affair all at the one time. The modern day setting in England is rather out of my comfort zone after reading so many other comics recently, though it was a welcome change. The issue itself is a dark and mysterious twist on current events and the somewhat mythological stories of Britain.

As a fan of podcasts that discuss myths and legends I could see where the direction of the issue was going from the very start. The references to Arthurian legend are there from page 4 – that is assuming the title of the comic itself did not give it away – and from there it is interesting to see the pieces falling into place.

The characters of Bridgette and Duncan are an odd couple, the grandmother with a secret past and the grandson who is her only remaining family. The issue wastes no time establishing Bridgette to having a past as a hunter of myth and lore while; all the while, Duncan establishes that he was raised by her far from the life of a hunter.

The references to current issues in Britain mirror the current Brexit arguments and discussions that are daily occurrences in the UK news. The setting is a brilliant way for people to relate to the story, though the division in the later part of the issue does imitate life where (depending on your political views) you can see what decision is considered rebellious and what seems sensible.

I very much look forward to finding out where this story goes and what is in store for this odd couple of hunters.