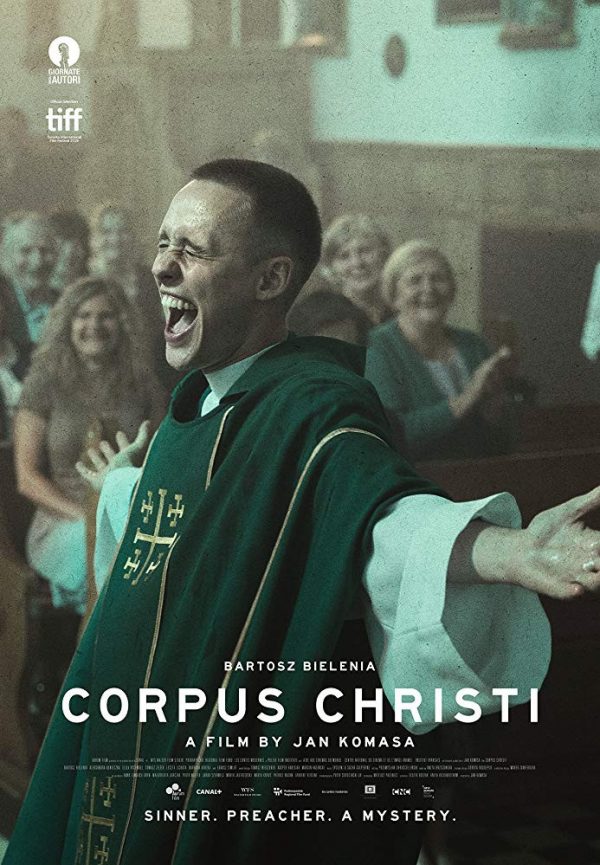 After being released from juvenile prison, Daniel poses as a priest in a small village who needs him just as much as he needs them. 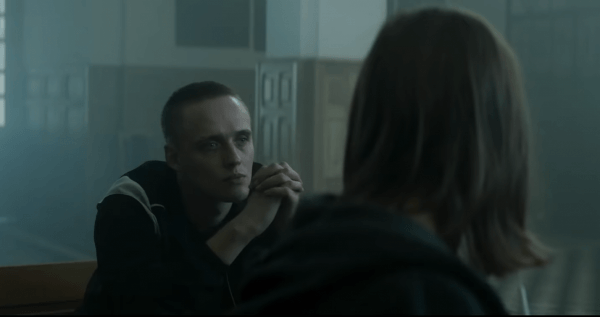 Few films strive to deal with the enormity of religious faith, daunted by the innumerable discrepancies and nuances. Features concerning the church tend to see it as a means to an end – using the setting to explore something separate entirely, therefore ignoring any difficult questions. As such, the concept of a con man donning a robe (or similarly appropriate garb) to pass as a person of faith is not revolutionary: it has been played for laughs in Neil Jordan’s We’re No Angels, and for blistering drama in the marvellous Elmer Gantry. In Corpus Christi, director Jan Komasa pivots towards a story of redemption, weaving basic Christian sentiment through a story whose focus shines entirely on every man and woman.

Released from juvenile prison and instructed to head to a distant sawmill where he will work on parole, Daniel instead seeks guidance from the local church, relying on the faith he found whilst imprisoned. A defensive, shame driven lie quickly accelerates Daniel’s status in the local town, in need as they are of a new priest after a tragic accident has rocked their peaceful society. Similarities could be drawn to films like Shane or Chocolat – with a stranger arriving in town and attempting to heal long standing wounds or expel demons. However this shade to the film never removes light from Daniel’s constant character development, present ever in actor Bartosz Bielenia’s remarkable micro expressions. Communicating a near endless series of conflicting emotions, Bielenia tells as much with his wide eyes as he does with the oft appearing single tear rolling down his cheek. 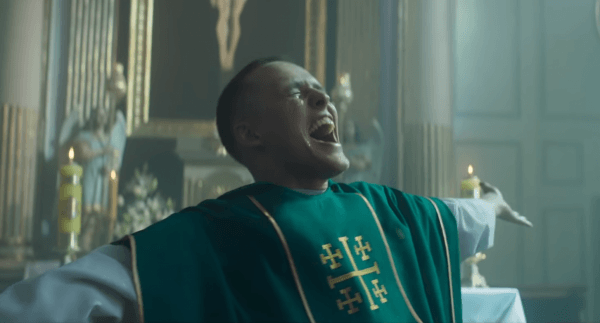 Daniel’s commitment proves successful, and he begins to earn the trust of the locals, ultimately striving to do good. The process with which Komasa presents Daniel’s metamorphosis from a young delinquent never feels discordant, apt as it is for Daniel to go back and forth between two states of persona. The effect on those who witness his new character is heart-warming, and even fascinating in the case of a former fellow inmate. Throughout, Komasa pushes simplicity, and never tries to question faith – this is first and foremost a film about people, and the effect they have on one another. It is this sentiment that propels Corpus Christi towards its electric conclusion. One thing that is sure is that Komasa does not sacrifice grit in telling his inspiring tale, as Hollywood might have.

Traditionally, the Feast of Corpus Christi celebrates the presence of the body and blood of Jesus Christ in the Eucharist. Given thought, there is likeness not so subtle in Daniel’s rebirth and final sacrifice, but Komasa’s willingness to subvert the vagueness common to independent filmmaking works in his favour. Corpus Christi is simplistic and logical, and as a result is beautifully real, tenderly sketching pained characters in need of a saviour. For these widely appealing aspects, the film’s position as a contender for the International Feature Film category at the upcoming Academy Awards makes sense. Sometimes, reality and heart are all a film needs to propel it towards touching excellence.