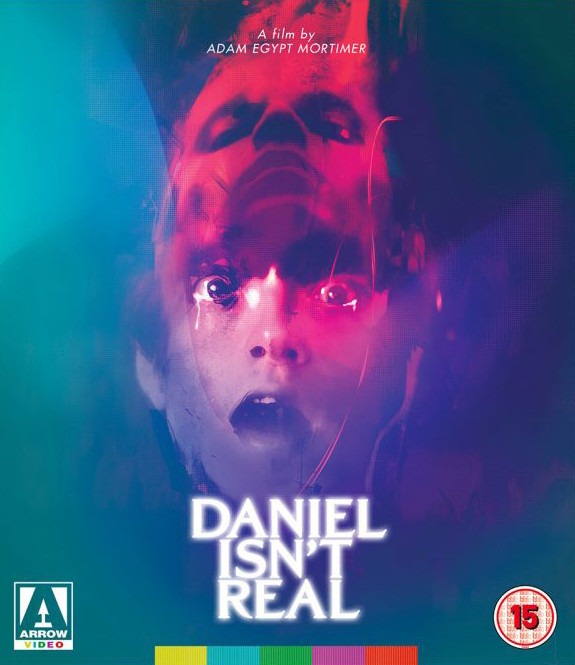 A college student’s imaginary friend from his childhood reappears after a traumatic event and begins to take over his life. 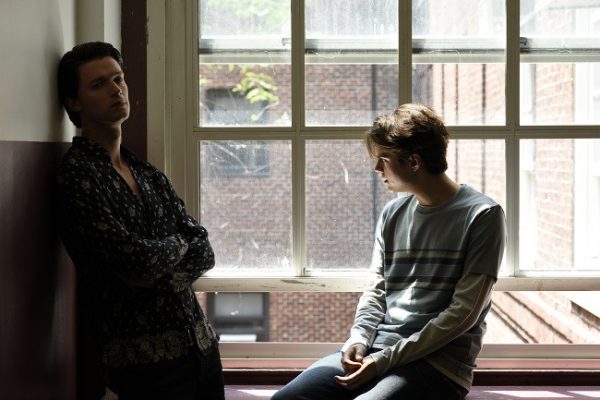 One of the highlights of last year’s FrightFest, Daniel Isn’t Real is brought to Blu-ray thanks to Arrow Video and what a difference it makes watching this darkly thrilling horror movie in the more intimate setting of your lounge instead of in a crowd of rabid horror fans.

Which is sort of the opposite of what makes going to a festival so great – the sharing of watching a new horror movie for the first time, being open to its surprises and feeding off the energy of the crowd – but in the case of Daniel Isn’t Real the movie feels a lot more personal when viewing at home where you can soak it up and process it in your own time.

The movie opens with young boy Luke keeping out the way of his abusive father and witnessing a dead body from a nearby shooting lying in the street. This triggers the entry of Daniel, an imaginary friend whom Luke spends many hours playing with until something happens and Luke blames Daniel, locking him away in a dolls house and banishing him from his life, seemingly forever.

Fast forward a few years and Luke (Miles Robbins – Halloween) is at college, forming a new relationship with artist Cassie (Sasha Lane – Hellboy) but seeing a doctor without the knowledge of his increasingly unhinged mother (Mary Stuart Masterson – Some Kind of Wonderful). However, when things get too much a now grown up Daniel (Patrick Schwarzenegger – Scouts Guide to the Zombie Apocalypse) reappears and Luke’s life begins to spiral out of control as the more dominant Daniel begins to wreak havoc.

Daniel Isn’t Real begins with the air of a self-reflective character piece, the kind of movie that feels all too pleased with itself as the narrative takes us inside the head of its central character to offer a commentary on mental illness or social inadequacy that is really little more than base-level psychology or spiritual wisdom, the type you find written in fortune cookies or on fridge magnets. To a point it does sort of stay there thanks to a script that doesn’t elevate the material as high as it should go but director/co-writer Adam Egypt Mortimer and writer Brian DeLeeuw – who wrote the novel In This Way I Was Saved, upon which this movie is based – are nothing if not visionary when it comes to how the movie should look and visually Daniel Isn’t Real doesn’t sink to the gloomy depths that the material seems to want to take you, and that works in its favour tremendously. 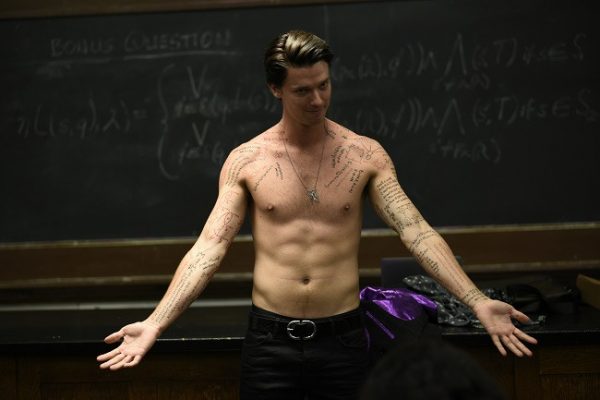 What also works very well is the casting, with Miles Robbins and Sasha Lane bringing a youthful energy to the material that helps make it appeal to the young adult target audience. The standout, however, is Patrick Schwarzenegger, who has cited Nicolas Cage as his inspiration for Daniel’s wide-eyed maniacal behaviour, although you can clearly see his father’s influence during certain vein-popping outbursts. Credit to all three actors for acting like there are only two of them in a scene at any given time when all three are together but Daniel’s overbearing personality gives Schwarzenegger plenty to work – and clearly have fun – with.

Despite the low budget Daniel Isn’t Real looks fantastic, thanks in no small measure to the very handsome main cast but also because it steps away from the 21st century trend of having horror movies looking as gritty and grimy as possible (despite not needing to) and does its best with its resources, giving the movie a layer of colour and polish that makes it look a lot more expensive than it was. The make-up effects that are given to Daniel when he reveals his true form (in a clever reference that brings in Hieronymus Bosch and his The Garden of Earthly Delights painting, albeit slightly altered) are also extremely gruesome and effective, adding a late ‘80s/early ‘90s Brian Yuzna/Stuart Gordon feel that makes the final act of the film a full-on horror experience whose individual parts may not be that original but are woven together to make a compelling and often chilling story that leads to a hard-hitting climax.

Coming packed with a host of extras including an audio commentary by Adam Egypt Mortimer, a helpful video essay courtesy of author and critic Alexandra Heller-Nicholas that picks up on those nuances that you may miss on your first watch, deleted scenes, an alternate ending that was best left as an extra, a video interview with Adam Egypt Mortimer and some tasty FrightFest promotional pieces, the disc has plenty to delve into although it is the film itself that holds the most interest. Daniel Isn’t Real is a psychological trip that you feel genre cinema has taken before – Mandy, Fight Club, Drop Dead Fred and Jacob’s Ladder are all easy reference points – but there are enough stylistic flurries and touches here to make it a memorable film and one that only benefits from repeated viewings.