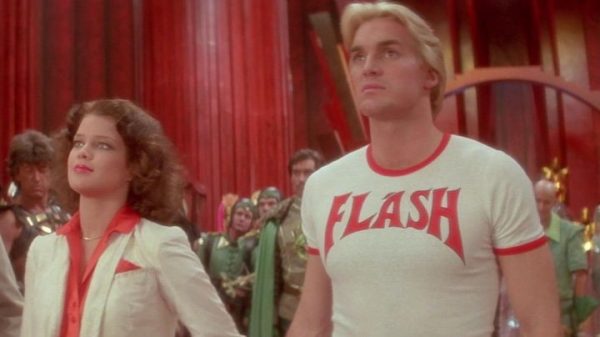 StudioCanal has announced that a special 40th anniversary 4K restoration of the cult 1980 sci-fi adventure Flash Gordon is set to arrive on Blu-ray, DVD and VOD in the UK this August.

The new restoration was scanned from the original 35mm negative, with over 500 hours of manual restoration to repair serious damage and colour graded for theatrical, home entertainment and 4K HDR release, using previous digital releases and 35mm prints as a reference. Audio meanwhile has been scanned from the original track negative and undergone restoration to improve issues ranging from audio drop-outs throughout the feature and during reel changes, digital clicks and optical distortion.

In line with the director Mike Hodges’ vision, VFX work was also applied to remove the strings in all scenes where visible, with Hodges approving the restoration this month. 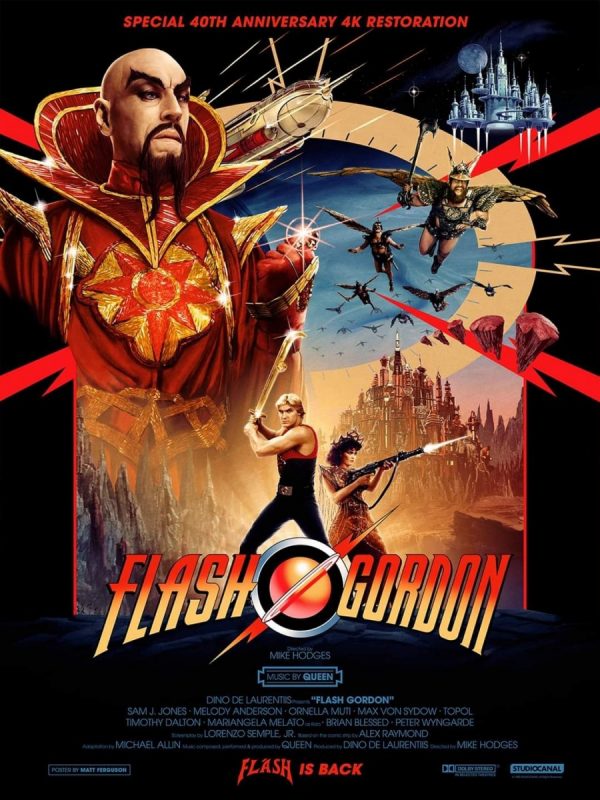 Our planet is under attack! An unexplained energy wave has pulled the Moon out of orbit, sending it careening towards Earth. Strange natural disasters bombard our world. Baffled scientists are at a loss as to the cause of the chaos. A lone voice – brilliant, but disgraced, scientist Hans Zarkov (TOPOL) – is convinced that these catastrophes are of extraterrestrial origin and predicts that we only have 10 days before the Moon crashes into Earth, destroying all life. Humanity is doomed!

Realising that he alone cannot stop these sinister attacks he forces football hero Flash Gordon (SAM J. JONES) and New York travel-agent Dale Arden (MELODY ANDERSON) aboard his makeshift rocket ship at gunpoint. Their destination – the mysterious Planet Mongo. On this strange new world all life cowers under the cruel reign of Ming The Merciless (MAX VON SYDOW), an intergalactic tyrant who demands absolute loyalty under pain of death. Aided by his menacing, golden-masked henchthing Klytus (PETER WYNGARDE) he holds the fates of whole peoples in his icy grip, and Earth is but his latest plaything.

After crash-landing on Mongo Flash, Dale and Zarkov are immediately captured, and taken to the spectacular Mingo City city to face the wrath of Emperor Ming. Flash is sentenced to death, Zarkov to have his mind erased and reprogrammed, while Dale faces a fate unimaginably worse: to become Ming’s bride!

Enlisting the help of Ming’s daughter Aura (ORNELLA MUTI), Flash escapes his execution and flees, but his adventures have just begun. Seeking sanctuary in the forest world of Arboria he meets Prince Barin (TIMOTHY DALTON) and undergoes the terrifying trial of the tree insect. Flash prevails but he and Barin are captured by the mighty Hawkmen, with whom Arboria is at war, and taken to Sky City where Prince Vultan (BRIAN BLESSED) forces them into a fight to the death. But with Dale still imprisoned Flash must make friends of these warring princelings and enlist their help to overthrow Ming, rescue Dale and prevent the annihilation of Earth.

Our only hope is Flash Gordon . . . saviour of the universe! 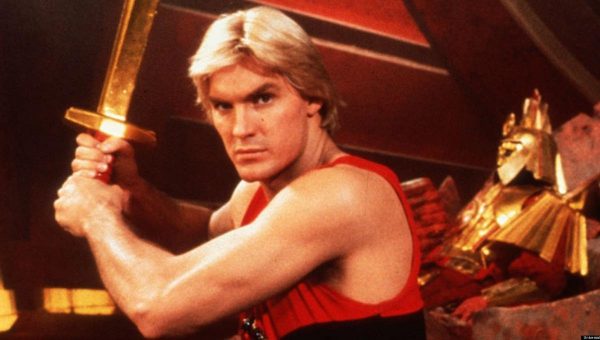 Will you be picking up the new 4K restoration of Flash Gordon? Let us know in the comments or on our social channels @flickeringmyth…