We already know that Sam Neill’s Alan Grant, Laura Dern’s Ellie Sattler, and Jeff Goldblum’s Ian Malcolm will be returning in the third instalment of the Jurassic World franchise, Jurassic World: Dominion but now one of the original three cast members has offered a small insight into the size of their roles. 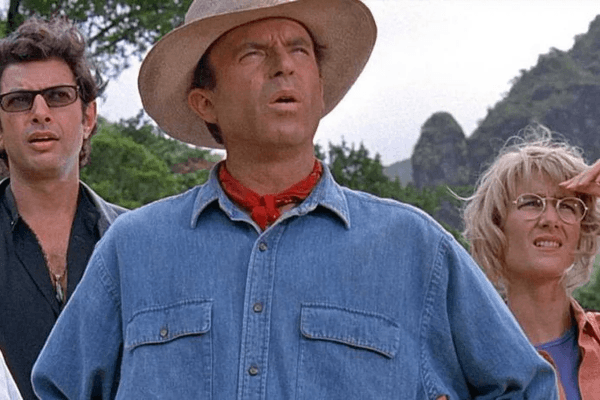 In an interview with Yahoo, Neill revealed all three of the original cast members will have large roles in the film rather than short cameos like Jeff Goldblum in Jurassic World: Fallen Kingdom.

“We’re all the way through the film, Jeff, and me, and Laura,” Neill said. However, the actor did reveal that audiences shouldn’t expect an action-packed performance from him as he “probably won’t be running quite as fast as I was 27 years ago.”

While production on Jurassic World: Dominion is currently on hold due to the ongoing global health crisis, the project – which began filming earlier this year – is set to resume in the next few weeks as the UK is reopening film and television development with additional safety guidelines.

Jurassic World: Dominion is currently slated for June 11th, 2021 release date, but there is no news whether this is subject to change following production coming to a halt for several months.

Are you glad the original cast will have sizeable roles in the third instalment? Are you looking forward to Jurassic World: Dominion? Let us know in the comments below or tweet us @flickeringmyth…