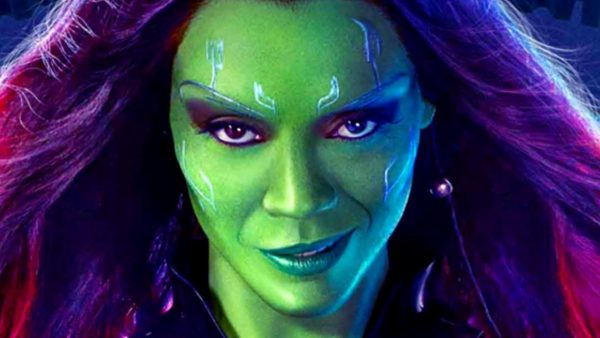 Currently shooting his Peacemaker series for DC and HBO Max in Vancouver, James Gunn took to Twitter in order to answer some fan questions, largely about his stewardship of Marvel’s Guardians of the Galaxy, and how much control he had over the characters outside of his two blockbusting volumes.

Perhaps the most interesting revelation came when he was asked about whether he’d always planned to kill off Zoe Saldana’s Gamora, or if that decision was taken out of his hands for Avengers: Endgame. Gunn was an Executive Producer on both Avengers: Infinity War and Endgame, and revealed that he was “consulted before it was set in stone, so it wasn’t completely out of my control” but that he “definitely didn’t always plan on it”.

I definitely didn’t always plan on it – that’s why she isn’t on my list. But I was consulted before it was set in stone, so it wasn’t completely out of my control either. It’s probably my favorite scene in Infinity War. https://t.co/FoI9jrFjjf

The impact of character deaths has been something the Guardians films have handled brilliantly – Peter Quill’s mother and Yondu’s funeral are standout MCU moments – so the fate of Gamora prompted a couple of Twitter users to ask Gunn about that comic book trope of resurrecting fallen superheroes.

Yes I do worry about that. For me there’s a difference between truly meaningful deaths & plot twist deaths where someone seems to die & then hasn’t. But if you milk that death – like, say, Yondu or Tony Stark – it’s cheap storytelling to bring them back. https://t.co/J6aWLrF2pp

Lack of stakes in comics has really hurt comics for me. I hate the constant killing and bringing back of characters no matter what the format. The engine of storytelling is that life and death matter. https://t.co/JZuMkHK3UT

His responses will give little hope to those longing for the return of Saldana’s original incarnation of Gamora in Guardians of the Galaxy Vol. 3, although there promises to be plenty of equally moving moments, with Gunn revealing that he “cried many times” while writing the script for his trilogy capper.

Which of Gunn’s upcoming projects are you looking forward to most? Guardians 3, The Suicide Squad, or Peacemaker? Let us know on Facebook or Twitter @flickeringmyth…