Focus Home Interactive and developer Saber Interactive have announced the release of the Season 3: Locate & Deliver DLC for their ultimate snowy off-road driving game SnowRunner. This latest DLC includes two new maps in a brand new region, new vehicles, skins and a return of the fan-favourite logging gameplay.  Also released alongside this is a free update featuring new content.  A new trailer can be seen below providing an overview of the new DLC. 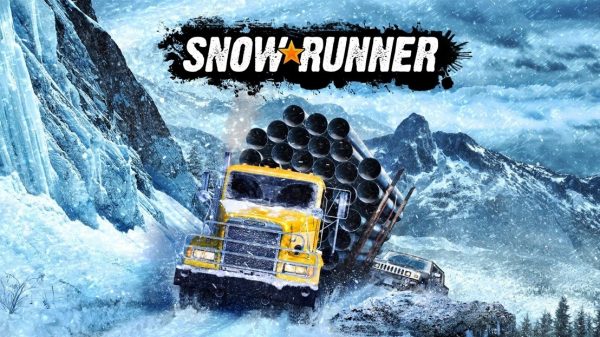 The Locate & Deliver DLC takes players to Wisconsin, a new region where it’s all about the logging industry.  There’s two new maps in this region to enjoy, Grainwoods River and Black and Badger Lake, and in these areas there are buildings needing new generators, there’s a train station and accompanying line in need of repair and other missions to discover.

Players will also get to jump into the driver’s seat of three new vehicles, the International PayStar Twin Steer, the Pacific P512 PF and the BOAR 45318.  These vehicles will be able to easily handle the flooded, densely forested landscapes of these new maps.

The free update, available to all SnowRunner players adds a number of cosmetic upgrades, new missions to enjoy, new challenging trials and brand new cargo to transport.  The update also sees the return of the fan-favourite logging gameplay.

Season 3: Locate & Deliver DLC is available now on Xbox One, PS4 and PC as a standalone DLC, it also comes as part of the Season Pass and is included in the Premium Edition of the game.