Indican Pictures has released a poster and trailer for director Lance Parkin’s upcoming horror The Boonies which follows a group of friends who find their peaceful weekend getaway in the Appalachian woods turn into a fight for survival against a clan of cannibals; check them out here… 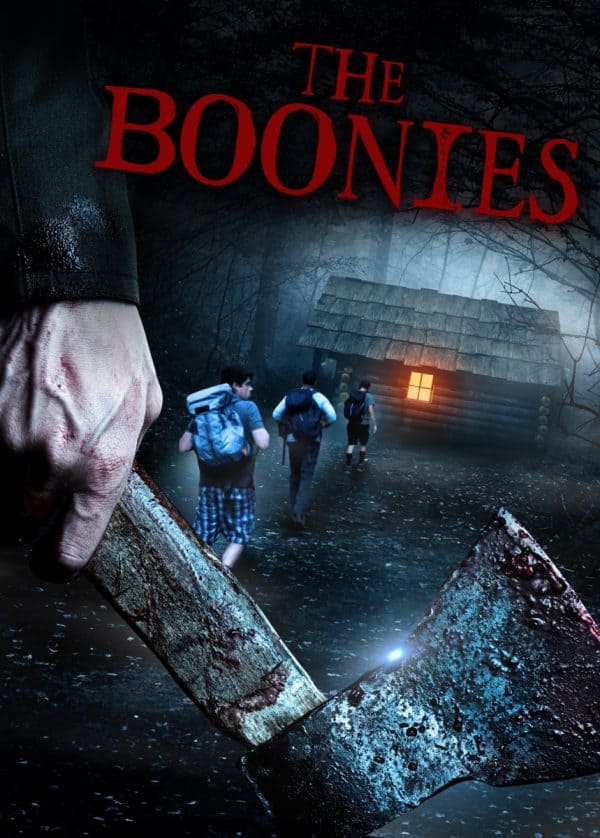 A fun weekend excursion turns deadly when Aaron (Matt Schultz, “Theo and the Professor”) joins his brother, Jeremy (James Quinn, Checkmate), and a group of his friends for a weekend in the Appalachian woods. Instead of a peaceful weekend getaway, the group soon discovers their itinerary includes more than a traditional outdoor adventure. When they unexpectedly meet a couple who report strange local occurrences, the group soon find themselves on a terrifying trek during their fight for survival.

The Boonies is set for a digital and DVD release on April 13th.