Focus Home Interactive and developer Gasket Games have announced that their upcoming, Warhammer – Age of Sigmar: Storm Ground, based on Games Workshop’s fantasy universe of Warhammer will release on 27th May on Xbox One, Playstation 4, Nintendo Switch and PC with pre-ordering available now.  Watch the new trailer below for a teaser in to the world of Warhammer. 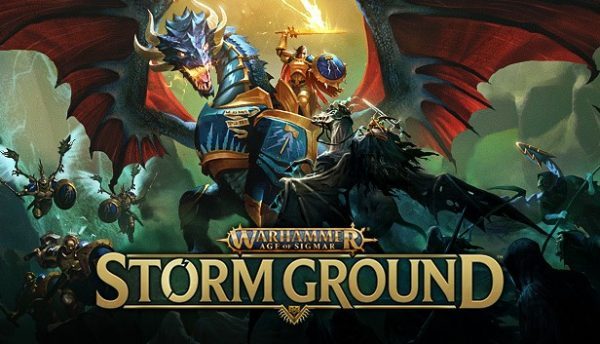 Warhammer – Age of Sigmar: Storm Ground is a turn based strategy that will have players leading one of three customisable armies through the Warhammer world in a single player campaign or against others online.

The three armies that players will lead are the eternal Stormcasts, the ghoulish Nighthaunt and the newly revealed Maggotkin of Nurgle.  Described as “a tide of death riding on a behemoth’s back”, the Maggotkin can corrupt anything they come across and create hazardous zones of corrupting putrescence on the battlefield that can cause devastation upon the enemy.

As players progress through battles they can unlock and collect new cards which grant new units, skills, weapons and gear that can be used to customise the army suitable to any playstyle.

Warhammer – Age of Sigmar: Storm Ground releases on PC and consoles on 27th May.

Pre-orders are available now on Xbox One, Playstation 4 and PC and will gift those who do with the Spoils of War Weapon Pack giving access to one exclusive weapon for each of the game’s three armies.