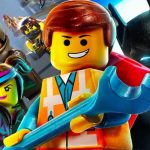 The colorful world of LEGO is at a new home with Universal Pictures, reports Deadline. The deal comes as a combined effort from Donna Langley, Chairman, Universal Filmed Entertainment Group, and Jill Wilfert, Head of Entertainment of the LEGO Group. This deal means that Warner Bros will no longer create LEGO movies, a franchise that […] 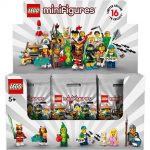 While now’s probably not the best time to be standing in the toy aisle of your local supermarket feeling through packets, The LEGO Group has announced the release of Series 20 of its LEGO Collectible Minifigures, which consists of sixteen new minifigs in Athlete, Space Fan, Drone Boy, 80s Musician, Brick Costume Guy, Llama Costume […]

The LEGO Group has unveiled its LEGO Star Wars Ultimate Collector Series A-Wing Starfighter from Star Wars: Episode VI – Return of the Jedi. The set goes on sale on May 1st, just in time for the annual Star Wars Day celebration on May 4th; check out the promotional image here… Star Wars fans can […] 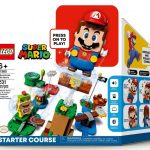 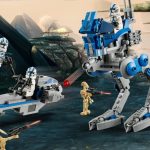 LEGO Star Wars fans who’ve been itching to build themselves a battalion of the 501st will soon be able to do just that, with LEGO announcing the upcoming release of the LEGO Star Wars 501st Legion Clone Troopers set. Due to arrive in stores this August, the 285-piece set is essentially an expanded Battle Pack, […] 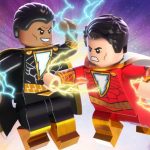 Warner Bros. Home Entertainment has released a trailer and key art for the upcoming animated feature LEGO DC: Shazam! Magic & Monsters which sees Shazam joining forces with the Justice League to take down Mr. Mind and Black Adam. With the shout of a word, 10-year-old Billy Batson transforms into an adult Super Hero! Join […]

LEGO has unveiled its LEGO Technic Dom’s Dodge Charger (42111), the first set from the recently announced partnership between The LEGO Group and the Fast & Furious franchise. The set goes on sale April 27th, priced $99.99; check out the promotional images here… LEGO® TECHNIC™ GOES FULL THROTTLE WITH DOM’S DODGE CHARGERSET FROM THE FAST […] 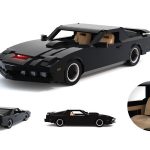 Knight Rider fans may soon be able to get their hands on their very own brick-built KITT, with designer Jimmi-DK’s Knight Rider – KITT design achieving the 10,000 supporters on LEGO Ideas required to progress through to the First 2020 Review Stage in the hope of becoming an official LEGO set. The 883-piece set recreates […] 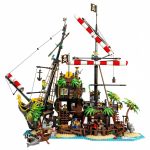 LEGO Pirates is set to make its return next week thanks to the new LEGO Ideas set Pirates of Barracuda Bay (21322), which goes on sale April 1st, priced at $199.99/£179.99, and you can check out the official promotional images right here… Rekindle nostalgic memories of childhood LEGO® construction projects with this LEGO Ideas Pirates of […] 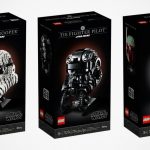 LEGO has announced the upcoming launch of the new LEGO Star Wars Buildable Model Helmet, with the first three offerings in the line – Boba Fett (75277), a TIE Fighter pilot (75274), and a Stormtrooper (75276) – available to pre-order now, priced at $59.99 apiece, ahead of their release this April; check out the promotional […]