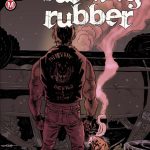 Action Lab: Danger Zone releases the digital first one-shot Burning Rubber this coming Wednesday; check out a preview of the issue here… Being a getaway driver is supposed to be easy. But when you unknowingly steal drug money from the Russian mob — money guarded by an outlaw biker — troubles can’t be far away. […] Following the announcement that Free Guy has been pushed back until December 11th, star Ryan Reynolds has shared a new clip from Shawn Levy’s adventure comedy which you can check out here… SEE ALSO: Watch the trailer for Free Guy In Twentieth Century Fox’s epic adventure-comedy “Free Guy,” a bank teller who discovers he is […] 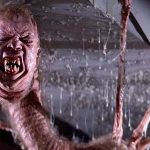 Tom Jolliffe looks at the use of old school effects and filming techniques and whether they still have a place in the CGI age… Computers are a wonderful thing. The computer generated image has take cinema up to a point where almost limitless creative possibilities are at a film-makers disposable. You can create a whole […] 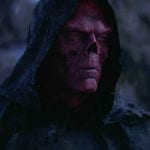 Illustrator Rodney Fuentebella has revealed a piece of concept art from the two-part superhero epic Avengers: Infinity War and Avengers: Endgame which offers a look at an alternate design for Red Skull; take a look here… SEE ALSO: Ross Marquand on Red Skull’s possible future in the Marvel Cinematic Universe View this post on Instagram […] 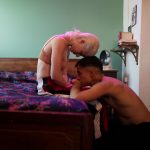 Ahead of its UK release exclusively on Mubi this May, a poster and trailer have been released for director Pablo Larraín’s (No, Jackie) upcoming drama Ema which stars Mariana Di Girolamo and Gael García Bernal as a couple dealing with the aftermath of an adoption that goes awry; take a look here… Ema (Di Girolamo) […] 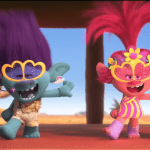 Ahead of its VOD release this coming Monday, three new clips have been released from the animated musical sequel Trolls World Tour which you can check out here… SEE ALSO: Hasbro’s Trolls World Tour toys and merchandise revealed In an adventure that will take them well beyond what they’ve known before, Poppy (Anna Kendrick) and Branch […] Red Stewart reviews the fourteenth episode of Black Lightning season 3… I can’t believe I am saying this, but Black Lightning’s writers managed to do something I didn’t think was possible- they finally tied together most of the loose plot threads this show has left dangling since its inception three seasons ago. If you’ve been […] Sony Pictures Home Entertainment has announced that the fourth and final season of the small screen adaptation of Garth Ennis and Steve Dillon’s acclaimed comic book series Preacher is set to arrive on Blu-ray this Tuesday, April 6th. SUPPORT FLICKERING MYTH: Order via Amazon US or Amazon UK The highly anticipated series continues to follow […]