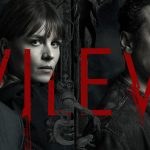 Paramount+ has released a trailer and key art for the third season of the mystery drama series Evil; check them out here… EVIL is a psychological mystery that examines the origins of evil along the dividing line between science and religion. Season three of EVIL begins moments after the end of season two: when a […] 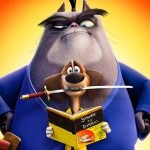 Paramount Pictures and Nickelodeon Movies has released a poster and trailer for Paws of Fury: The Legend of Hank, the upcoming animated action adventure which centres on Hank, a down-on-his-luck dog who finds himself protecting a village of cats from a ruthless villain who is out to wipe them off the map; check them out […]

Blazing Samurai, an animated feature inspired by the comedy classic Blazing Saddles, has announced its star-studded voice cast, which includes the likes of Michael Cera, Samuel L. Jackson, Ricky Gervais and Blazing Saddles helmer Mel Brooks, who is also executive producing. Variety reports that the feature, which is being directed by Mark Koetsier (Kung Fu […]

A trailer has arrived online for HBO’s upcoming dark comedy series The Brink starring Jack Black (Bernie), Tim Robbins (The Shawshank Redemption), Pablo Schreiber (Orange Is the New Black) and Aasif Mandvi (Jericho)… When a rogue general seizes control of Pakistan and its nuclear arsenal, the fate of the world rests on the shoulders of […]

It’s been a while since we have seen Jack Black on the screen, but that is set to change this year as HBO has announced that the actor’s new 10-episode show The Brink will air this summer, with a cast that also includes Tim Robbins (The Shawshank Redemption) and Pablo Schreiber (The Wire) and a host of […]