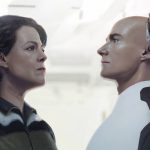 Looking at the work of filmmaker Neill Blomkamp, it’s obvious to see some Alien-inspirations. The District 9 and Elysium director knows his sci-fi roots, and we almost got his take on the world of Xenomorphs. Years ago, Blomkamp was attached to Alien 5, a direct sequel to James Cameron’s Aliens. At the time, the film […] 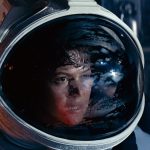 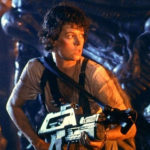 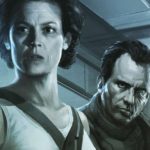 Last week we had the rumour that the Alien franchise could be hatching on a streaming service sometime in the near future, which one again prompted discussion about Neill Blomkamp’s abandoned Alien 5 retcon movie, which was shelved when Ridley Scott took control of the xenomorph for the divisive Alien: Covenant. Now, hot on the heels of […]

We now have confirmation from Neill Blomkamp that his proposed Alien movie is no longer a project that he is thinking about. When Ridley Scott brought back the Alien franchise with Prometheus a number of years ago there was indeed a lot of excitement about where the series could go, and Blomkamp was being lined […] 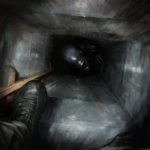 Back in 2015, District 9 filmmaker Neil Blomkamp shared some concept art for a proposed Alien movie, which would have been a sequel to 1986’s Aliens, bringing back characters such as Ripley, Hicks and Newt. The concept art caused some excitement, and ultimately led to Fox putting the movie into development with Blomkamp at the helm. […]

It looks like Neill Blomkamp’s ill-fated Alien 5 didn’t always feature series mainstay Ellen Ripley. In a recent interview with Funhaus, the director reveals that an encounter with Sigourney Weaver herself changed his mind completely… “I met Sigourney on Chappie and I had a different idea for an Alien film I wanted to make. So […]

WONDER WOMAN’S HUGE OPENING Early projections for Wonder Woman‘s opening were around $65 million, which then dropped to nearly $40 million when the pre-order numbers were released. However, due to some great reviews and positive word of mouth, Patty Jenkins’ Wonder Woman has opened huge for the DCEU. The movie debuted in several big territories […]

Some bad news for anyone holding out hope that 20th Century Fox could resurrect Neill Blomkamp’s planned Alien 5, as the filmmaker has revealed to The Verge that the project is “totally dead”. “I think it’s totally dead, yes,” said Blomkamp. “That would be an accurate assumption at this point. It’s sad. I spent a long […]

One of the casualties of Ridley Scott returning to the franchise with Alien: Covenant was that Neill Blomkamp’s promising Alien 5 got completely side-lined. First, we received word that the movie was put on hold. Then, we heard from Blomkamp himself that the movie most likely would never happen. Prior to Ridley Scott’s return, we […]