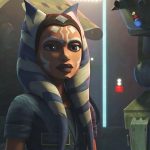 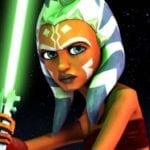 Disney and Luscasfilm has released a trailer for the upcoming micro-series Star Wars Forces of Destiny. The series will shine a light on the female heroes of Star Wars in animated shorts that will last about 2 – 3 minutes in length. Check out the trailer below… The new micro-series of animated shorts will explore exciting, all new adventures of […]

Ricky Church reviews Star Wars: Ahsoka… In 2008, the Star Wars: The Clone Wars film introduced fans to Ahsoka Tano, a character who polarized viewers nearly as much as Jar Jar Binks did. Unlike the annoying Gungan though, Ahsoka eventually gained a large fanbase. Over the course of the series, gone were the mentions of […]