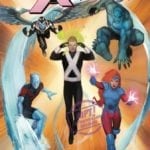 Marvel releases Astonishing X-Men Annual #1 this coming Wednesday, and you can take a look at a preview of the issue here; check it out… Jean Grey and the original X-Men reunite! Following her resurrection, Jean Grey can no longer make sense of her life since becoming an X-Man. Who better to relate to this than […] 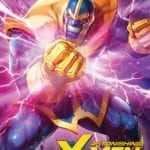 This October, Marvel Comics is celebrating the much-anticipated launch of Marvel Battle Lines – the collectible card battling mobile game created by Nexon – with a series of variant covers showcasing over two dozen in-game cards featuring striking images of some of the most popular Marvel Super Heroes. Check them out here and click on […] 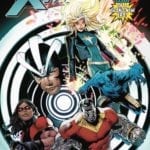 A new era begins in Astonishing X-Men #13 this coming Wednesday with the launch of the new story arc ‘Until Our Hearts Stop’, and we’ve got a preview of the issue for you here courtesy of Marvel Comics… A NEW ERA BEGINS NOW! The Reavers are back, and they have a new weapon that only Havok […] 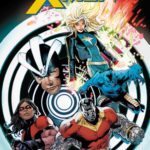 Marvel has announced that a change is coming to Astonishing X-Men, with writer Matthew Rosenberg (Punisher, New Mutants) and artist Greg Land (The Incredible Hulk) set to take over creative duties on the title beginning with issue #13 in July. “We’re taking a slightly different approach to our X-Men on this team,” Rosenberg teased to […]

Marvel has announced that chart-topping writer Charles Soule (Death of Wolverine, Inhumans vs. X-Men) is set to headline the all-new creative team for Astonishing X-Men, the new series launching this July. “If you’re going to relaunch a book called Astonishing X-Men,’it had better live up to the title,” says Marvel Editor-in-Chief Axel Alonso. “Charles and […]

In the latest edition of Comics to Read Before You Die, Jessie Robertson looks at Astonishing X-Men Vol 1… Published 2004 Written by Joss Whedon Illustrated by John Cassaday Joss Whedon. That name now carries a certain power, respect and gravitas with it. Once the cult director of prematurely killed fan favorite space western Firefly, […]