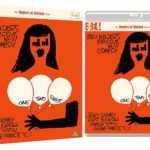 Eureka Entertainment is releasing Billy Wilder’s ONE, TWO, THREE, a witty and energetic comedic showpiece starring James Cagney, presented on Blu-ray for the first time in the UK as a part of The Masters of Cinemas Series from 15 April 2019, and we’ve got three copies to give away! One of director Billy Wilder’s most […] 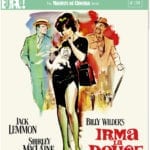 Eureka Entertainment releases Billy Wilder’s Irma la Douce, a crowd-pleasing romantic comedy starring Jack Lemmon and Shirley MacLaine, presented from a brand new 4K restoration on Blu-ray for the first time in the UK as a part of The Masters of Cinema Series from 18 March 2019. Read on for details of how to enter… […] 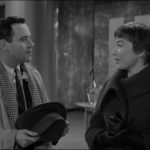 Ahead of its release on limited edition Blu-ray this coming Monday, we’ve got an exclusive clip from Arrow’s brand new 4K restoration of Billy Wilder’s Oscar-winning classic The Apartment featuring screen legends Jack Lemmon and Shirley MacLaine. Check it out here, or watch it over on our YouTube channel… C.C. “Bud” Baxter is a lowly […]

The Seven Year Itch, 1955. Directed by Billy Wilder. Starring Marilyn Monroe and Tom Ewell. SYNOPSIS: Married man, Sherman, has to contend with the gorgeous woman upstairs when his family are away over the summer. That shot. A train whirrs past beneath the vent and wind blows her dress up as she struggles to hold […]