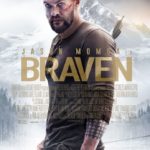 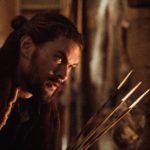 With a little under two weeks to go until Braven arrives in UK cinemas, a new trailer has been released for the upcoming action thriller. Directed by Lin Oeding, the film stars Jason Momoa, Garret Dillahunt, Jull Wagner, Brendan Fletcher, and Stephen Lang; watch it below… SEE ALSO: New images from action thriller Braven starring Jason Momoa When […] 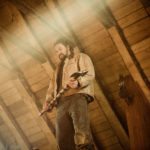 With a little under a month to go until its release, a batch of images have arrived online for director Lin Oeding’s upcoming action thriller Braven which stars Jason Momoa, Garret Dillahunt, Jull Wagner, Brendan Fletcher, and Stephen Lang; check them out here… When Joe (Momoa) and his father (Stephen Lang) arrive at their remote hunting […]

Variety is reporting that Jason Momoa (The Red Road) has signed on to star in the action-thriller Braven, which will be directed by Lin Oeding (Brass Knuckles) from a script by Thomas Pa’a Sibbett (Enemy in the Valley). Braven will see Momoa as “a humble logger residing along the U.S.-Canada border who’s confronted by a […]