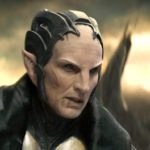 Former Doctor Who star Christopher Eccleston has been chatting to The Guardian about his time in Hollywood, during which he expressed his strong dislike for two of his big-budget offerings in 2009’s G.I. Joe: The Rise of Cobra and 2013’s Thor: The Dark World. “Working on something like G.I. Joe was horrendous,” said Eccleston. “I just […]