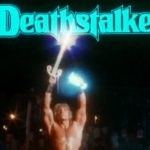 Tom Jolliffe on cinema in lockdown life. The time to catch up on the films you’ve been meaning to see… It’s a world in lock down. For many it has meant having more time. As film fans, you may feel yourself gravitationally pulled toward cinema as an escape. This might be a revisit of old […]

The Criterion Collection has this week announced it’s Blu-ray release line-up for November, which includes Michael Haneke’s Code Unknown, Akira Kurosawa’s Ikiru, Richard Brooks’ In Cold Blood, Satyajit Ray’s The Apu Trilogy, and D. A. Pennebaker’s Don’t Look Back. Details on all the releases, including cover-art and special features are listed below. Code Unknown One […]