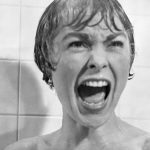 On The Pick of the Flicks Podcast, a different guest drops in every week to chat about their favourite film. This week, film critic Amy Smith delves into Alfred Hitchcock’s iconic slasher Psycho… On this week’s episode of The Pick of the Flicks Podcast, film critic Amy Smith discusses Alfred Hitchcock’s exceptional proto-slasher Psycho. We […] 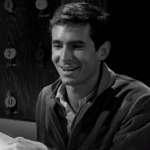 J.J. Abrams and his Star Trek star Zachary Quinto are teaming up to produce Tab & Tony, a drama which is set to explore the true story of the secret love affair between Hollywood stars Tab Hunter and Anthony Perkins. The film is being scripted by Pulitzer Prize-winning playwright Doug Wright and is inspired by […]

Psycho, 1960 Directed by Alfred Hitchcock Starring Anthony Perkins, Vera Miles, John Gavin, Martin Balsam and Janet Leigh SYNOPSIS: Marion Crane has just stolen thousands of dollars from her former employer in order to clear the debts of her soon-to-be-husband and build a new life for them. Making a quick getaway, Marion stops in at […]