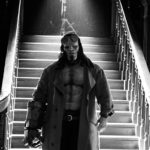 Last night Lionsgate unveiled the very first image of Stranger Things star David Harbour in full costume and make-up from the upcoming Hellboy reboot, and now Harbour himself has shared another image of him in character, complete with trench coat… Meanwhile, in addition to the new image, it has also been announced that the R-rated […] 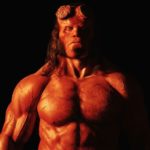 Lionsgate as launched the official Twitter account for the upcoming R-rated Hellboy reboot, as well as unveiling the first official photo of Stranger Things star David Harbour as Anung un Rama; check it out here… SEE ALSO: Why Ed Skrein’s decision to walk away from Hellboy is a game changer Hellboy is being directed by Neil Marshall (Game […]

Aside from a brand new threat, and more trips to the “Upside Down”, it looks like Season 2 of Stranger Things is going to dive into Hopper’s relationship with his daughter Sarah. Actor David Harbour, who plays Jim Hopper on the hit Netflix series, went into detail while talking to TV Guide: “Hopper’s daughter will […]

Deadpool star Ed Skrein has become the latest addition to the cast of Lionsgate’s Hellboy reboot, with THR reporting that the actor is set to portray Major Ben Daimio, described as “a rugged military member of the Bureau for Paranormal Research and Defense who, due to a supernatural encounter, can turn into a jaguar when angered […] 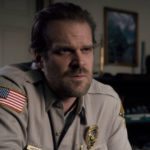 It’s really good to be David Harbour right now, right? He went from being rejected as The Blob in X-Men Origins: Wolverine for being “too fat” to starring in a hit Netflix TV series (Stranger Things), and is now going one step further and nabbing the title role in the new Hellboy franchise. So how […] 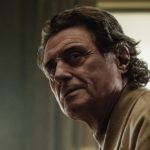 It looks like we have another big name to add to the Hellboy: Rise of the Blood Queen! Actor Ian McShane (Deadwood, American Gods) is joining the cast of the Neil Marshall directed film as the character Professor Broom. Trevor Bruttenholm a.k.a Professor Broom is an expert of the occult, and the initial director of […]

Back in May it was announced that Stranger Things star David Harbour is set to take on the role of Hellboy for the R-rated big screen reboot Hellboy: Rise of the Blood Queen, and during an interview with THR at the San Diego Comic-Con, Harbour has been chatting about the heroic qualities of the character. […]

Back in May, Hellboy creator Mike Mignola announced a reboot of the movie franchise, with Neil Marshall set to direct Stranger Things star David Harbour in the R-rated Hellboy: Rise of the Blood Queen. However, speaking to Nerdist, Mignola has revealed that the project was originally envisioned as a follow-up to Guillermo del Toro’s movies, […]

Though it was announced back in May that Hellboy is to receive a reboot with the R-rated Hellboy: Rise of the Blood Queen, with Neil Marshall directing and Stranger Things‘ David Harbour starring as the title character, there was no word on a potential studio to produce and distribute the movie. That may change however as the film could be […]

Stranger Things star David Harbour has revealed to The Wrap that he auditioned for the role of Fred Dukes – a.k.a. The Blob – in 2009’s X-Men Origins: Wolverine, only to be told by the casting directors that he was too fat for the role! “I auditioned for one of the ‘Wolverine’ movies and I […]