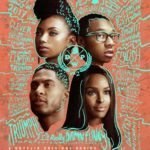 With a little over a week to go until Dear White People Vol. 2 arrives on Netflix, the streaming service has released a poster and trailer for the comedy drama series which you can check out here… Set against the backdrop of a predominantly white Ivy League university where racial tensions bubble just below the […] 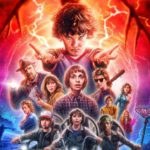 Liam Hoofe with a rundown of the best Netflix Original Series of 2017… I watch a lot of TV. In fact, if you were to ask my girlfriend, she would tell you the amount of TV I watch is seriously unhealthy and that it would be a good idea if I exposed myself to the […]

Netflix has announced that it has renewed its original drama series Dear White People for a second season of ten episodes, which go into production later this year and arrive on the streaming service in 2018. Based on the film of the same name, Dear White People takes place in a predominantly white Ivy League […]

In addition to a slew of recent announcements/trailer reveals for shows on their upcoming slate, ranging from Orange is the New Black to The OA, Netflix has unveiled the first teaser and premiere date for Dear White People. The series is based on the critically acclaimed 2014 Justin Simien-directed film of the same name, which […]

Matthew Lee on the overlooked summer gems of 2015… As the summer season officially draws to a close, which, for most studios, means an end to the blockbuster bonanza (though, once again, Warner Bros. are going against the grain as they release Pan in October. Didn’t Jupiter Ascending’s reception teach them anything?). During this cluster […]

Ahead of its release next month, a new UK poster and trailer have arrived online for writer-director Justin Simien’s upcoming comedy Dear White People, which stars Tyler James Williams and Tessa Thompson. Check them out here… The unexpected election of activist Samantha White (Tessa Thompson) as head of a traditionally black university residence hall sets […]