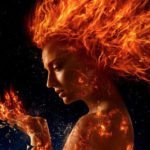 Just a day after the arrival of the first trailer, 20th Century Fox has announced that it has decided to push back the release of X-Men: Dark Phoenix for a second time, with the film now slated to open on June 7th 2019. Dark Phoenix was originally supposed to arrive this November, but it was […]

Those of you old enough to remember may recall that way back when, 20th Century Fox announced that Channing Tatum would be taking on the role of Remy LeBeau for the X-Men spinoff Gambit. Since then, the project has passed through the hands of directors such as Rupert Wyatt, Doug Liman and Gore Verbinski, with […] 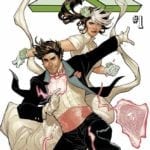 Following their surprise nuptials in the pages of X-Men Gold #30, newlyweds Gambit and Rogue are set to headline their very own new ongoing series entitled Mr. and Mrs. X from the creative team of Kelly Thompson (Hawkeye, Rogue and Gambit) and Oscar Bazaldua (Spider-Man, Star Wars: Rogue One). Check out the covers to the […]

X-Men producer Simon Kinberg is holding out hope that the Gambit movie will shoot this summer. While Fox is doing some interesting things with their Marvel properties of late and hoping to find further success with the likes of Deadpool 2, one movie that just can’t seem to get going is the Channing Tatum Gambit […]

Despite passing through the hands of several directors and pushing back numerous production starts and planned release dates, 20th Century Fox still hasn’t given up on its ambitions of a Gambit solo movie featuring Channing Tatum as the fan favourite mutant Remy LeBeau. The latest reports claim that Fox is looking to get cameras rolling […] 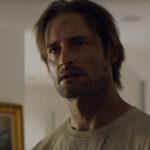 During an interview with Digital Spy, Lost and Colony actor Josh Holloway has revealed that he was originally cast as Remy LeBeau, a.k.a. the fan favourite mutant Gambit, in 2009’s X-Men Origins: Wolverine, only to find himself replaced by Taylor Kitsch when the studio wanted to go younger with the character. “I actually screen-tested with […]

One of the producers of the X-Men franchise has confirmed that the Channing Tatum-led Gambit movie is still alive. News that Disney might be purchasing 20th Century Fox and therefore acquiring their X-Men and other Marvel-related properties has, of course, excited a lot of fans. But it has also cast some doubt on the Fox […]

20th Century Fox’s Gambit movie suffered its latest setback in a seemingly endless series of setbacks in January when it was announced that director Gore Verbinski (The Lone Ranger) had followed in the footsteps of both Rupert Wyatt (Rise of the Planet of the Apes) and Doug Liman (Edge of Tomorrow) by exiting the project. As […]

Fox had big plans for the X-Men franchise in 2018, with the studio originally planning to release a triple-header in The New Mutants, Deadpool 2 and X-Men: Dark Phoenix. However, back in January, the studio announced that it was pushing back the release of The New Mutants from April 2018 to February 2019 – with […]

Well, this won’t come as much of a surprise, seeing as it’s Gambit we’re talking about, but according to Omega Underground the troubled X-Men spinoff has been pulled from 20th Century Fox’s production schedule following the departure of director Gore Verbinski last month. The film, which has Channing Tatum attached to play the mutant Remy […]