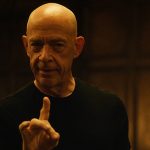 As Amazon prepares for the fourth and final season of Goliath, Entertainment Weekly has announced the show has made two new additions to the cast, with J.K. Simmons (Whiplash) and Bruce Dern (Nebraska) joining Billy Bob Thornton as series regulars and the season’s main antagonists. Simmons plays George Zax, the “head of a family-owned and operated […] 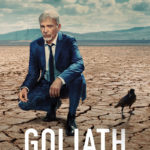 Amazon Prime Video has released a poster and trailer for the third season of its Billy Bob Thornton-headlined legal drama Goliath along with a premiere date reveal of October 4th; take a look here… The unexpected death of an old friend leads Billy McBride to take a case in the drought-stricken Central Valley where he […] 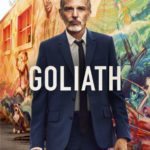 Rachel Bellwoar on Fall TV’s top five new shows… Due to how pilots are spaced out this fall, figuring out to the right time to launch a top five list gets complicated. Wait too long and you fall behind on shows that have started airing as early as August. Submit too early and newcomers like […]

With a little over a month to go until its premiere, Amazon has released a trailer for David E. Kelly and Jonathan Shapiro’s upcoming legal drama series Goliath, which sees Billy Bob Thornton leading a cast that includes Maria Bello, Olivia Thirlby, William Hurt and Harold Perrineau; watch it below after the official synopsis… Once a powerful lawyer, Billy […]

Amazon Studios has debuted a trailer for David E. Kelly and Jonathan Shapiro’s upcoming legal drama series Goliath which stars Billy Bob Thornton, Maria Bello, Olivia Thirlby, William Hurt and Harold Perrineau; take a look below after the official synopsis… Once a powerful lawyer, Billy McBride is now burned out and washed up, spending more time in a bar […]

Indie publisher Octopus Tree has announced the release of the first DLC for its award winning title Goliath; entitled Summertime Gnarkness , it is available free to everybody who already owns Goliath and adds more gameplay to this captivating game.  To celebrate the launch of this DLC, Octopus Tree have released a new trailer, which you can watch below… […]