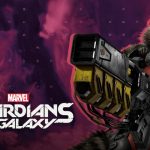 Eidos-Montréal has today released two new videos for their upcoming Marvel’s Guardians of the Galaxy with both including insights from Senior Gameplay Director Patrick Fortier.  In the first of these videos viewers can see how the Guardians tackle combat while the second focuses on how players will be able to lead the Guardians outside of […] 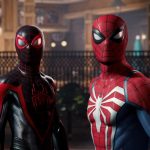 Marvel and Sony found success in their 2018 smash-hit Spider-Man. The pair will hope to continue that success with their next crop of games, one of which is a sequel to that 2018 game. During Sony’s PlayStation Showcase, Marvel unleashed three teasers for upcoming games. We got more details on the previously announced Guardians of […] 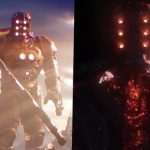 Hasitha Fernando with a brief introduction to Marvel’s Celestials… The third and final Eternals trailer was a real doozy. Jam-packed with awe inspiring imagery, world ending shenanigans and mind blowing action spectacles, the preview was nothing short of epic. But amidst the glitzy hullabaloo featured in the trailer there was one detail that keen eyed […] 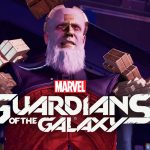 A new video has been released for Marvel’s Guardians of the Galaxy that provides gamers with an understanding of Grand Unifier Raker and the Universal Church of Truth.  In the video (see below) Bill Rosemann, former editor of the Guardians of the Galaxy comic book from 2008-10, talks about the origins of the cyber-enhanced zealot and his […] 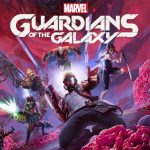 Eidos-Montréal has released a new developer video for Marvel’s Guardians of the Galaxy giving a behind the scenes look at the creation of the game’s music and its melding of 80’s pop and rock masterpieces. Today’s developer video, hosted by Steve Szczepkowski, Senior Audio Director, describes how the team have brought together three distinct musical […]

Eidos-Montréal has today unveiled a new developer video for the upcoming Marvel’s Guardians of the Galaxy that was revealed last June at E3.  This new video looks into the designs of each of the core members of the heroic team of misfits.  Meet Bruno Gauthier-Leblanc, Art Director at Eidos-Montréal, in the new dev’ video below… Each […] 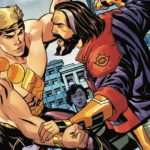 Marvel releases Guardians of the Galaxy Annual #1 this coming Wednesday, and you can get an early sneak peek at the issue right here with the official preview… Hercules has always been known as the Prince of Power…that is until a younger prince showed up to out-muscle him! With the aid of an all-powerful Infinity […] 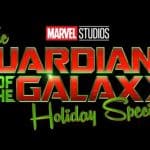 Back in December during a Disney Investor Day, it was announced that two Guardians of the Galaxy projects were in the works, including the Holiday Special and Vol.3, which are set to be filmed back-to-back – with production starting later this year. Now, in an interview with Collider, writer and director James Gunn has confirmed that The Guardians of the […] 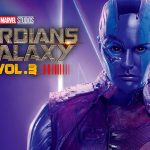 Although writer and director James Gunn has stated that Guardians of the Galaxy Vol.3 will be his final instalment in the Marvel franchise and Drax actor Dave Bautista has suggested that he will be leaving the role after the next film, it seems Nebula actor Karen Gillan isn’t ready to move on any time soon. “I love […]

While production on Guardians of the Galaxy Vol.3 isn’t scheduled to begin production until later this year, one of the stars of the Marvel Cinematic Universe has confirmed that she has read the script and offered her thoughts on the third film. In an interview with Collider to promote her upcoming Netflix film Gunpowder Milkshake, Karen Gillan, who […]