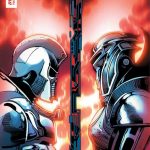 Dynamite Entertainment has announced the release of a fourth batch of free comic book #1s through ComiXology, taking the number of titles available from the publisher absolutely free of charge to over fifty! Check out the new releases in wave four here… The new comics available in Wave Four are: Agent 47: Birth of the […] 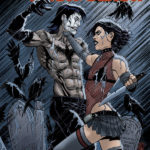 Cassie Hack sets her sights on The Crow this week as Hack/Slash creator Tim Seeley teams with The Crow artist Jim Terry for the four issue crossover miniseries The Crow: Hack/Slash, and you can take a look at a preview of the first issue here… The crow flies. A soul is brought back. But something […] 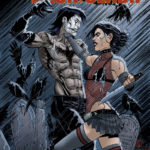 IDW Publishing has announced that Cassie Hack, the Killer of Undead Killers, will set her sights on The Crow this June as Hack/Slash creator Tim Seeley teams with The Crow artist Jim Terry for the four issue crossover miniseries The Crow: Hack/Slash. “The Crow defined me as a fan of the comics medium, but also […] 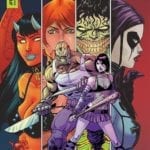 Dynamite Entertainment launches its new series Hack/Slash vs. Chaos this Wednesday, and we’ve got a preview of the first issue for you here; take a look… Cassie Hack, Slasher Hunter Supreme, thought she’d gotten rid of those teenager-perforating undead menaces. But now they’re suddenly springing back to life! Cassie and Vlad are going to have […] 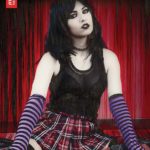 Dynamite Entertainment’s latest crossover series Hack/Slash vs Vampirella gets underway on Wednesday, and we’ve got a preview of the first issue for you here; check it out… The Vegas strip heats up as Cassie Hack and her companion Vlad are on the trail of a deadly slasher and meet the lovely, yet deadly Vampirella. The team-up […]

A movie adaptation of the horror comic book series Hack/Slash has been stuck in development hell for several years now, but it looks like the project has been given a new lease of life on the small screen, with The Hollywood Reporter revealing that a TV series is in the works courtesy Relativity Television. According […]

Image Comics has announced that bestselling writers Joshua Williamson and Tim Seeley team up with artists Mike Henderson and Emilio Laiso for a crossover one-shot event of killer proportions in Nailbiter/Hack/Slash, which is due out in March 2015. In NAILBITER/HACK/SLASH, the infamous serial killers of Buckaroo, Oregon meet the ultimate serial killer hunter, Cassie Hack… […]