Last month it was announced that Jamie Lee Curtis is heading back to Haddonfield next year as she reprises the role of Laurie Strode for the new Halloween movie, and the actress has taken to Twitter today to celebrate All Hallows’ Eve by sharing a photo of herself alongside Michael Myers, complete with the caption […] 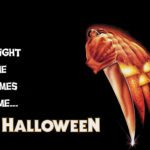 Sean Wilson presents a selection of spooky film scores that make for the ideal 31st October playlist… The scariest night of the year, Halloween, is upon us once again and, in addition to all the cosplay and trick or treating, a playlist of horror hits is also essential to the big night. Horror allows film […] 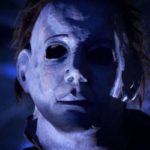 Sometimes, independent films are at the basis of some long-running and famous movie franchises. Just think of Robert Rodriguez’s El Mariachi, made on a budget of approximately $7,000, that has spawned two insanely successful sequels (aside from earning numerous awards, big bucks at the box office, and becoming an inspiration for beginner filmmakers all over […]

John Carpenter may not be returning to the director’s chair for the new Halloween movie, but it seems he has now agreed to compose the score for the horror reboot, which is being helmed by David Gordon Green from a script he co-wrote with Danny McBride. “I am an executive producer and it looks clear […] 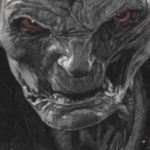 SNOKE SECRETS There has been a big question mark over the head of Supreme Leader Snoke since his debut in Star Wars: The Force Awakens, and the latest edition of Star Wars: Absolutely Everything You Need To Know has given us brief insights. Turns out the character is a master of telekinesis and telepathy, as well as force […]

It was recently announced that Jamie Lee Curtis would be reprising her role as the iconic Laurie Strode for the upcoming Halloween reboot being produced by Danny Mcbride, and directed by David Gordon Green. Also cast is Laurie Strode’s daughter, being played by actress Judy Greer (Arrested Development). This bodes well for the reboot, as […]

IN LIKE HEFF Less than a week since his passing and Brett Ratner’s Hugh Hefner biopic is picking up steam, announcing yesterday the casting of Jared Leto as the Playboy creator. “Jared is an old friend,” Ratner told The Hollywood Reporter. “When he heard I got the rights to Hef’s story, he told me, ‘I want […] 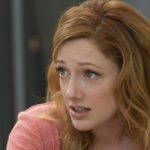 It looks like we may have our second addition to the cast of the upcoming Halloween reboot/sequel, with Entertainment Weekly reporting that Judy Greer is in talks to portray Karen Strode, the daughter of Laurie Strode, who will once again be portrayed by Jamie Lee Curtis. In the conflicting timeline of the original Halloween movies, […]

100% CONNECTED There’s quite a lot of confusion around Warner Bros.’ DC Extended Universe, with reports a few days ago that films would no longer be connected the same was as the Marvel Cinematic Universe. Well, conversely, Geoff Johns has now said on Twitter that the DC Universe is “100%” connected. Try and work this […]

When news broke last year that Danny McBride (Vice Principals, Alien: Covenant) would be writing and producing a Halloween reboot with David Gordon Green (Pineapple Express) directing, plenty of people were excited. The duo promised that they would be bringing the Halloween franchise back to its former glory, revealing that the film will be a […]