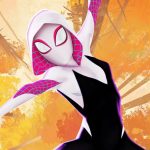 Hailee Steinfeld was an absolute standout in 2018’s animated Spider-Man: Into the Spider-Verse, and even before the film’s release, the studio went ahead and greenlit both a sequel and a spinoff, one of which would focus on Steinfeld’s Spider-Gwen. Since the original announcement, producer Amy Pascal went on to confirm that the spinoff will include […] 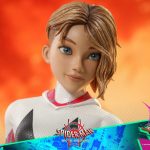 After unveiling its Miles Morales collectible back in February, Hot Toys has now released promotional images for the 1:6 scale Movie Masterpiece Series Spider-Gwen figure from the Oscar-winning animated feature Spider-Man: Into the Spider-Verse. The figure comes with several interchangeable pieces and accessories, including Spider-Ham! SUPPORT FLICKERING MYTH: Order via Sideshow Collectibles Following the debut of […] 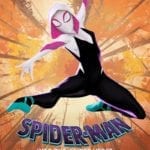 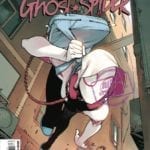 Marvel launches its new series Spider-Gwen: Ghost-Spider this coming Wednesday, and you can take a look at a preview of the first issue here… A SPIDER-GEDDON TIE IN! What? You thought we were done with Gwen Stacy after the first two landmark volumes of her series?! GET OUTTA HERE. It’s a whole new spin on Gwen […] 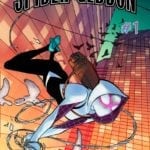 Following on from the Spider-Punk variant cover for Spider-Geddon #1, Marvel has now unveiled six connecting covers for issues #0-5 of the event series from artist InHyuk Lee, as well as more Spider-Gwen and Peni Parker variant covers for the first issue by Pasqual Ferry and Todd  Nauck respectively. Featuring new villains and old villains, […] 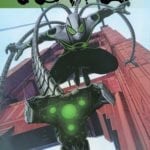 Marvel Comics is teasing the return of Otto Octavius with the release of cover artwork for the brand new series The Superior Octopus, featuring Doc Ock in his Hydra costume; check it out here… That isn’t the only teaser that Marvel has dropped today, as we also have a piece of artwork for Ghost Spider featuring […] 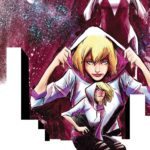 She’s battled against Matt Murdock’s Kingpin, being bitten by the Venom symbiote, and teamed up with fellow webslinger warriors Silk and Spider-Woman, and now the Earth-65 version of Gwen Stacy is set to face her biggest challenge yet – according to Marvel’s press release – in the upcoming Spider-Gwen #34. Here’s the cover artwork from Robbi […]

Spider-Gwen makes her debut in Marvel’s Ultimate Spider-Man vs. The Sinister 6 this weekend in ‘Return to the Spider-Verse: Part Four’, and we’ve got a clip from the episode for you right here… BIG HEROES! BIG VILLAINS! AND BIGGER ADVENTURES this week, Share Your Universe with a brand new episode of MARVEL’S ULTIMATE SPIDER-MAN VS. […]

The breakout star of Spider-Verse is swinging back into the Marvel universe this fall as the creative team of Jason Latour, Robbi Rodriguez and Rico Renzi launch a brand new ongoing series of Spider-Gwen! “This book has defied all expectations, mine included, and has continued to thrive and grow,” says series writer Jason Latour. “I […]