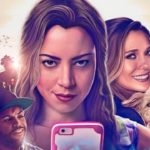 For somebody who’s just directed a social media satire, Ingrid Goes West director Matt Spicer is surprisingly reticent when it comes to going online himself. The film, which is released in the UK on Friday, follows the Ingrid (Aubrey Plaza) of the title as she “follows” and then essentially stalks an insta-celeb so she can […]

Brief catch-up time – Del Rio had been unhappy with WWE for a long time. Paige is in a real life relationship with him. They both got suspended for their first violations of the Wellness Policy on the same day. Del Rio officially quit WWE last Friday. And that’s the short version. Del Rio held […]

Tony Black reviews the Famicam64 Retro Camera… It’s quite unusual for me to review an iOS app, but I couldn’t resist getting my hands on this one. The Famicam64 is going to appeal to anyone who enjoys gaming, and specifically if you’re old and craggy enough like me to remember what is now called ‘retro’ […]