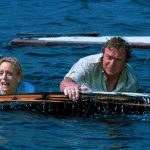 Tom Jolliffe looks at a few of Michael Caine’s more bizarre film choices… It’s fair to say that Michael Caine has had a productive career. He’s been going since the late 50’s, he was a breakout megastar in Britain in the 60’s, and has had several renaissances in his time, not least becoming a regular […]

Tony Black on screen legend Michael Caine… His recent political leanings aside, Sir Michael Caine remains one of the surviving legends of British and indeed American cinema of the last fifty years, and this weekend’s Going in Style–a heist caper directed by none other than Scrubs‘ Zach Braff–sees him share top billing with fellow aged […]