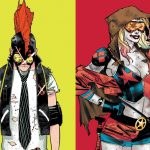 As we count down to the launch of The Joker War in July’s Batman #95, DC Entertainment has unveiled two new variant covers for Batman #96 and Batman #97 from artist Jorge Jiménez, which feature the Clownhunter and Harley Quinn respectively. In Batman #96, reeling from the effects of the worst Joker toxin attack ever, […] 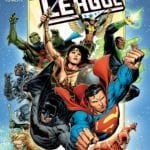 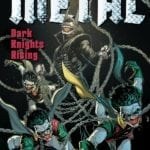 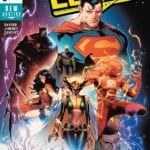 Ricky Church reviews Justice League #2… Scott Snyder’s second issue of Justice League builds off the intriguing premise and veers into even more fantastic concepts than the first did. Based off Justice League #2, this will be a fun and interesting story with some solid character work. The biggest thing to come out of this issue is the […] 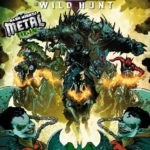 Ricky Church reviews Dark Nights Rising: The Wild Hunt #1… With big, epic comic book events, tie-in comics are not anything unheard of. Sometimes its a bit tedious to have to collect tie-in issues, especially if so many bear actual consequences on the main event itself. Fortunately most of the tie-ins for DC’s Dark Nights: Metal have […]

Ricky Church reviews Super Sons #1… “When I grow up” part one! The sons of Batman and Superman have graduated to their own monthly comic—but if they want to survive, they’re going to have to share it! Writer Peter J. Tomasi (BATMAN & ROBIN, SUPERMAN) teams with rising-star artist Jorge Jimenez (EARTH 2) to bring […]