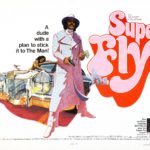 Back in December it was announced that Sony had tapped Watchmen screenwriter Alex Tse to pen the script for a remake of the 1972 blaxploitation classic Super Fly, and now we have details on the director and cast. Director X (a.k.a. Julien Christian Lutz) is set to helm the movie, which will see Trevor Jackson […]