Back in September it was announced that The Texas Chainsaw Massacre franchise is set to be rebooted once again with Fede Alvarez (Don’t Breathe, Evil Dead) producing, and earlier this year, we learned Ryan and Andy Tohill (The Dig) would be directing the film. However, it now seems like production isn’t going exactly as planned. According […] 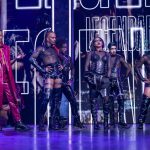 The launch of HBO Max is just around the corner, and the streamer has offered its first look at Legendary. The competition series will bring the underground ballroom community to the mainstream as voguing teams (aka ‘houses’) must compete in unbelievable balls and showcase sickening fashion to achieve “legendary” status. Check out the first look […] 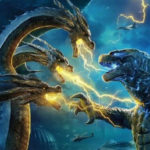 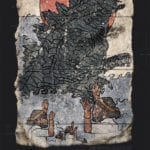 In anticipation of next summer’s big-screen blockbuster, Godzilla: King of the Monsters, Legendary Comics has announced the companion graphic novel Godzilla: Aftershock from writer Arvid Nelson and artist Drew Edward Johnson. “Godzilla: Aftershock is yet another exhilarating entry into the canon of the MonsterVerse, and it is especially exciting to introduce fans to a brand […]

This coming Wednesday sees Legendary Comics expanding the MonsterVerse with the launch of Skull Island: The Birth of Kong, a new four-part series which reveals the original of King Kong and shows how the god-like primate has grown into an ever larger and more dangerous beast. Check out the cover art and trailer here… Both a […]

Legendary has announced that its comic division is set to publish the original graphic novel Warcraft: Bonds of Brotherhood, which will serve as a prequel to Duncan Jones’ big screen fantasy. Check out the cover art and solicitation here… Discover how three of Azeroth’s greatest champions forged their first alliance, in the official graphic prequel […]

Legendary Comics is set to release a new four-issue Pacific Rim miniseries entitled Pacific Rim: Tales From the Drift, which will be based on a story from screenwriter Travis Beacham, with Joshua Hale Fialkov (The Bunker) writing and Marcos Marz (Batman Confidential) providing the artwork. Here’s the official synopsis: Following the best-selling graphic novel Pacific […]