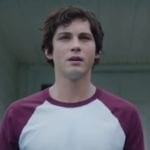 Last year it was announced that Get Out helmer Jordan Peele’s Monkeypaw Productions is teaming with Sonar Entertainment to produce The Hunt, a ten-episode Nazi-hunting drama which was subsequently picked up by Amazon. Well, we now have our first piece of casting news, with Variety reporting that Logan Lerman (Fury, The Perks of Being a […] 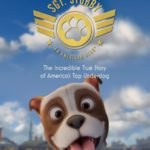 A new poster and trailer have arrived online for the upcoming animated feature Sgt. Stubby: An American Hero. Directed by Richard Lanni, the film tells the incredible true story of the United States Army’s most decorated war dog Stubby and his heroic exploits during the First World War, and features a voice cast that includes Logan […] 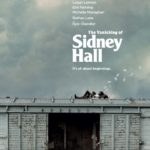 Ahead of its arrival on DirecTV later this month, A24 Films has released the first poster and trailer for director Shawn Christensen’s upcoming mystery drama The Vanishing of Sidney Hall which stars Logan Lerman, Elle Fanning, Kyle Chandler, Michelle Monaghan, and Nathan Lane; take a look below… After publishing a bestselling novel based on the death of […]

Fun Academy Motion Pictures today announced that Logan Lerman has enlisted for the upcoming animated feature Sgt. Stubby: An American Hero, which tells the incredible true story of the United States Army’s most decorated dog. Lerman will voice Robert Conroy, a WWI “doughboy” whose life is forever changed when a little dog with a stubby […]

A trailer has arrived online for the upcoming drama Indignation which stars Logan Lerman, Sarah Gadon, Pico Alexander, Danny Burstein, Linda Emond, and Ben Rosenfield. The film marks the feature directorial debut for writer-director James Schamus and is based on the 2008 novel of the same name by Philip Roth. Take a look at the trailer below […]

Earlier this month it was revealed that Disney and Lucasfilm have narrowed their search for the young Han Solo in Phil Lord and Chris Miller’s upcoming Star Wars anthology movie to around twelve actors, with Miles Teller, Ansel Elgort, Dave Franco, Jack Reynor, Scott Eastwood, Logan Lerman, Emory Cohen and Blake Jenner all said to […]

Having tested around 2500 actors, it seems that Disney and Lucasfilm have narrowed their search for the young Han Solo in the 2018 Star Wars spinoff movie, with Variety reporting that around twelve actors are set for meetings with Lucasfilm’s Kathleen Kennedy and directors Phil Lord and Chris Miller. According to the site, Miles Teller, […]

Unless you’ve been living under a rock for the last 24 hours, there was some rather exciting news yesterday announced that Spider-Man has joined the Marvel Cinematic Universe. Since then, some names have been banded around by the Internet on who could be the new Spidey once it was revealed that Andrew Garfield would not be suiting […]