WONDER WOMAN 2 With a huge box office opening and critical acclaim, it’s little surprise that Patty Jenkins will be returning for Wonder Woman 2 along with Gal Gadot. Taking to Twitter, Jenkins confirmed that they were trying to get original Wonder Woman Lynda Carter to cameo in the film and that it will take […] 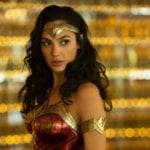 Gary Collinson looks at the actresses who have portrayed Wonder Woman in live action… With the release of All Star Comics #8 in October 1941, William Moulton Marston and DC Comics introduced the world to Princess Diana of Themyscira, better known as Wonder Woman, who would quickly go on to establish herself as the most iconic female […]

We’re just a few days away from the release of Warner Bros.’ Wonder Woman movie, and the film has received the seal of approval from the original Amazon Princess, with Lynda Carter taking to Twitter to share some praise for the film and its lead star Gal Gadot. SEE ALSO: The Wonder Woman They Didn’t […]

Lynda Carter may have returned to the DC universe with a guest role as the President of the United States in The CW’s Supergirl, but the former Amazon Princess won’t be appearing in next year’s Wonder Woman movie, with the actress revealing that while she discussed the possibility with director Patty Jenkins, scheduling conflicts prevented […]

Supergirl’s second season has just cast a DC veteran in the role of the President of the United States and it is rather, ahem, wonderful. Lynda Carter, the Wonder Woman of the 1970s series based on the Amazon Princess, has been cast and will make her introduction in the third episode of the season before […]

During a press screening for the upcoming crossover between Supergirl and The Flash, executive producers Greg Berlanti and Andrew Kreisberg have revealed that they plan for Wonder Woman small screen star Lynda Carter to make a cameo in the second season of the CBS superhero series. “We had the perfect role for Lynda Carter, and […]

YouTuber Leo Curbelo has recreated the latest trailer for Batman v Superman: Dawn of Justice, albeit using footage of Adam West from the Batman TV series, George Reeves from Adventures of Superman and Lynda Carter from Wonder Woman. Check it out here, via Comic Book… And here’s a side-by-side comparison of the trailer and the […]

Last year, Lynda Carter indicated that she’d be open to an appearance in Warner Bros.’ Wonder Woman movie, should she be offered ” a piece that meant something”, as opposed to a walk-on cameo. Well, it seems the former small screen Wonder Woman won’t be making an appearance alongside Gal Gadot’s Amazon Princess after all, with […]