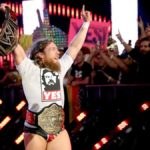 Liam Hoofe with a round-up of the latest wrestling news…  WrestleMania Title Match Confirmed Last night on Raw, following a non-title match between Asuka and Alexa Bliss, General Manager Kurt Angle confirmed that Nia Jax would be facing Alexa Bliss at WrestleMania 34 for the Raw Women’s Title. The match had been long rumoured online, […] 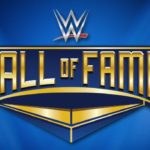 Liam Hoofe with a round-up of the latest wrestling news…   Big Event to Take Place on the WWE Network Last week, the WWE announced that they will be holding their first ever 50 man Rumble at a live event in Saudi Arabia. The event, titled ‘The Greatest Rumble Ever’ will take place on April 27th. […]

Universal Pictures has released the first trailer for Brad Peyton’s upcoming supernatural horror Incarnate which stars Aaron Eckhart (The Dark Knight) and David Mazouz (Gotham); take a look below after the official synopsis… A scientist with the ability to enter the subconscious minds of the possessed must save a young boy from the grips of […]

In the build-up to WrestleMania 32, the Flickering Myth writers look back at previous installments of the ‘Showcase of the Immortals’. The Card: World Tag Title Match: Big Show & Kane vs. Carlito & Chris Masters Rob Van Dam vs. Ric Flair vs. Shelton Benjamin vs. Bobby Lashley vs. Finlay vs. Matt Hardy (Money in […]

Jackson Ball on how the SummerSlam card exposes a lack of main event talent… WWE Battleground has come and gone, bringing with it a series of revelations that has set us on a direct collision course for Summerslam. ‘The Biggest Party of the Summer’ is one of the true marquee events of the wrestling calendar, […]