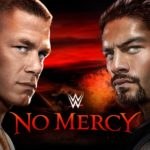 Liam Hoofe takes a look back at some of the best matches in the history of the WWE No Mercy event… Outside of the big four PPVs, there are very few events that have been as consistent over the years as WWE No Mercy. The event, which is for the first time, a Raw-exclusive pay-per-view […]

To celebrate this Sunday’s upcoming Extreme Rules PPV Liam Hoofe takes a look at the best matches in the event’s history… Gimmick based PPVs are often criticised by fans, myself included. The shows often tend to shoehorn in a gimmick to a storyline purely to sell a PPV, often delivering stupid, badly booked PPVs in the […]

In preparation for this Sunday’s event, Liam Hoofe takes a look back at the best matches in the history of WWE Backlash… The return of WWE Backlash last year was met with an enthusiastic response from the WWE Universe, and with good reason. The PPV, which traditionally followed on from WrestleMania, has given us some […]

Deadline is reporting that former WWE star Edge – a.k.a. Adam Copeland – has signed on for a recurring role in the fifth season of History’s acclaimed drama Vikings. Edge is set to play Ketill Flatnose, “a fierce and brave warrior, chosen by Floki to be one of the leaders of the Viking party intent […]

WWE Studios and Lionsgate have released a trailer for director Stephen Reynolds’ upcoming action thriller Interrogation which features wrestling stars Adam “Edge” Copeland and C.J. “Lana” Perry; check it out below after the official synopsis… After the FBI receives a threat that endangers the entire city, an interrogator (Copeland) and an IT specialist (Lana) are […]

In the build-up to WrestleMania 32, the Flickering Myth writers look back at previous installments of the ‘Showcase of the Immortals’.   The Card: Unified WWE Tag Title Match: ShoMiz vs. John Morrison & R-Truth Randy Orton vs. Cody Rhodes vs. Ted DiBiase Jr. (Triple Threat Match) Jack Swagger vs. Christian vs. Dolph Ziggler vs. […]

In the build-up to WrestleMania 32, the Flickering Myth writers look back at previous installments of the ‘Showcase of the Immortals’. The Card: CM Punk vs. Mark Henry vs. Kane vs. MVP vs. Shelton Benjamin vs. Kofi Kingston vs. Finlay vs. Christian (Money in the Bank Ladder Match) ‘Miss Wrestlemania’ Battle Royal Chris Jericho vs. […]