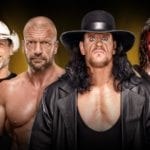 Liam Hoofe with his predictions for WWE Crown Jewel… This Friday, the WWE will present Crown Jewel live from Saudi Arabia. The show has seen the WWE come under a lot of pressure following the murder of the journalist, Jamal Khashoggi, with members of the US government actively trying to get the WWE to cancel […] 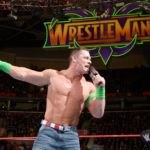 It’s WrestleMania week, with the ‘Show of Shows’ set to take place on Sunday night. Every day between now and the big event, Tom Beasley takes a look at a different element of the build-up. This time, it’s the strange path to John Cena vs. Undertaker and how WWE has played with fan expectations… For […] 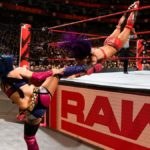 Liam Hoofe looks into his crystal ball and predicts what will happen in the WWE in 2018… December is always a time for reflection, and the WWE will no doubt be doing plenty of it as 2017 draws to a close. It has certainly been a mixed bag of a year for the company. While […]

Liam Hoofe with a round-up of the latest wrestling news…  Main Event for The Royal Rumble In the main event of last night’s Raw [read our review here], Kane fought Braun Strowman to determine the new number 1 contender for the Universal Championship. The bout, which was disappointing, ending in a double count-out for both […] 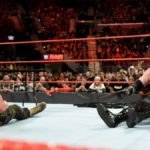 Liam Hoofe reviews this week’s episode of Monday Night Raw… This week’s Raw opened with Samoa Joe standing in the ring addressing Roman Reigns. Joe is scheduled to face Ambrose later in the night but says it is Roman he wants. He runs down all three members of The Shield, bragging about putting Rollins out […]

Liam Hoofe with a round-up of the latest wrestling news…  Matt Hardy is #Woken! After months of waiting, and a week full of speculation, Matt Hardy finally unveiled his ‘Woken’ Gimmick on this week’s edition of Monday Night Raw. Despite concerns from fans, it does appear as though the WWE is going all out with […] 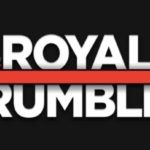 Liam Hoofe with a round-up of the latest wrestling news…  Big Name Released From the WWE According to various sources, including Bryan Alvarez on Wrestling Observer live, Jim Johnston, the man behind so many iconic wrestling themes, has been released from the company after three decades. This news is particularly surprising, and also quite sad. […] 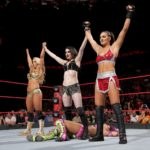 Liam Hoofe reviews last night’s WWE Raw… This week’s Raw opened with Roman Reigns in the ring talking about his Intercontinental Title victory, and his new open challenge. Reigns got a surprisingly positive action during this whole segment, which could be an indication of the tide finally beginning to change for The Big Dog – […]