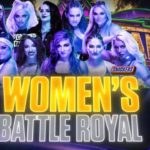 Liam Hoofe with a round-up of the latest wrestling news… WrestleMania Kick off Show Matches Confirmed During last night’s Raw, the WWE confirmed which matches would be taking place on WrestleMania’s pre-show this Sunday evening. Unsurprisingly, the Cruiserweight Championship clash between Cedric Alexander and Mustafa Ali finds itself relegated to the pre-show, alongside both the Andre […] 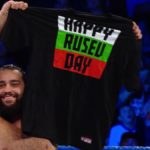 Liam Hoofe with a round-up of the latest wrestling news… Brock Lesnar Finished With WWE? Brock Lesnar’s WWE future was always going to be one of the most hotly discussed topics at the start of 2018. His current contract with the company expires after Wrestlemania 34, and many fans expect him to say goodbye to […] 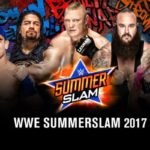 Liam Hoofe predicts the results of this Sunday’s WWE SummerSlam event… WWE SummerSlam – the biggest party of the Summer and the WWE’s second biggest PPV of the year – comes to us live this weekend from Brooklyn, NY. The show, which has one seriously stacked card, is expected to run for over 6 hours […]

Liam Hoofe reviews WWE Fastlane 2017… Fastlane is in the record books and if anything, was a yet another showcase of all the problems with WWE’s current booking. The event has sparked some extreme reactions across social media, so let’s take a look at each match and see if the card deserves the panning it […]

Liam Hoofe predicts the WrestleMania 33 card following the Royal Rumble… Well, the Royal Rumble 2017 is in the history books, and while the result was a divisive one, the show itself was great and we saw several Mania feuds started on the night. With WrestleMania just 9 weeks away the card is starting to […]

In the build-up to WrestleMania 32, the Flickering Myth writers look back at previous installments of the ‘Showcase of the Immortals’. The Card: CM Punk vs. Mark Henry vs. Kane vs. MVP vs. Shelton Benjamin vs. Kofi Kingston vs. Finlay vs. Christian (Money in the Bank Ladder Match) ‘Miss Wrestlemania’ Battle Royal Chris Jericho vs. […]

In the build-up to WrestleMania 32, the Flickering Myth writers look back at previous installments of the ‘Showcase of the Immortals’. The Card: JBL vs. Finlay (Belfast Brawl) CM Punk vs. Shelton Benjamin vs. Chris Jericho vs. Carlito vs. MVP vs. Mr Kennedy vs, John Morrison (Money in the Bank Ladder Match) Batista vs. Umaga […]