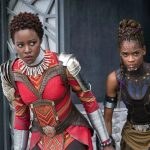 Just days after resuming filming following a two-month production shutdown, Marvel Studios has been forced to delay filming on Black Panther: Wakanda Forever once again due to COVID-19. According to The Hollywood Reporter, the Ryan Coogler-directed sequel was supposed to shoot this week but several of the film’s cast and crew, including actress Lupita Nyong’o […] 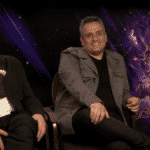 The Russo Brothers, directors of Avengers: Endgame and Avengers: Infinity War, say that they are in constant communication with Marvel Studios. When you make two of the biggest movies of all time back to back, it’s not surprising that you are in high demand. This is certainly where the Russo Brothers find themselves and fans […] 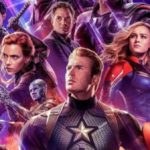 Marvel Cinematic Universe writers Christopher Markus and Stephen McFeely, who have written Marvel Studios films including Captain America: The Winter Soldier, Captain America: Civil War, Avengers: Infinity War, and Avengers: Endgame, confirm their break from Marvel but are open to returning in the future. In a recent interview with Los Angeles Times, McFeely said, “We’re gone, no. We are […]

What better way to make you feel like a complete failure than getting detention, and being lectured by Captain America at the same time? The new TV spot for Spider-Man: Homecoming reuses a lot of old footage, but there is a brief clip at the end revealing a delightful cameo by none other than Cap […]

It looks like season 2 of Luke Cage will start shooting in June. As reported by comicbook.com, Mike Colter revealed at The Chicago Comics and Entertainment Expo that season 2 of the Netflix series will begin shooting this June and will wrap in March 2018, which possibly sets Luke Cage season 2 up for a late-summer release. The first season […]

From Iron Man to Ant-Man, it’s become quite clear over the years that the Marvel Cinematic Universe favors introducing audiences to new superheroes through origin stories. Aside from a few exceptions here and there, nearly every introductory film in the Marvel Studios catalog has shown how the titular hero or heroes came to be exactly […]

Thanks to the eagle-eyed folks over at MCU Exchange, it is now known that actor Benjamin Bratt will have a role in this year’s Doctor Strange. Many believed that the cast list for the latest Marvel Cinematic Universe installment had already been released in its entirety, but Bratt’s involvement, which was revealed when his name was spotted […]

There has been plenty of speculation about who would play Captain Marvel ever since the Marvel Comics heroine’s solo film was confirmed back in 2014. Though the movie isn’t slated to arrive until 2019, word has it that she’ll show up first in 2018’s Avengers: Infinity War. Kevin Feige recently claimed that we’d be getting big news regarding the […]