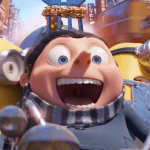 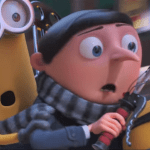 With so many summer films having been pulled from their release schedule due to the COVID-19 crisis, it should come as no surprise Illumination Entertainment’s Minions: The Rise of Gru has become the latest to be pushed back to a later date. “In response to the severity of the situation in France, we are temporarily […] 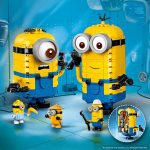 LEGO has unveiled five new tie-in sets for Universal Pictures and Illumination Entertainment’s upcoming Despicable Me prequel Minions: The Rise of Gru which are set to arrive in stores this April ahead of the movie’s July release; check out the official promotional images here… 75551 – Brick-Built Minions and Their Lair Kids who love Minions […]

Universal Pictures has released the first trailer for Illumination Entertainment’s upcoming Despicable Me prequel Minions: The Rise of Gru which tells the untold story of 12 year old Gru as he dreams of becoming the world’s greatest supervillain; watch it here… In the heart of the 1970s, amid a flurry of feathered hair and flared […]

With the first trailer set to drop this Wednesday, a teaser was released during last night’s Big Game for Minions: The Rise of Gru, the next instalment Universal Pictures and Illumination Entertainment’s hit animated franchise which you can check out below along with a poster for the movie… This summer, from the biggest animated franchise […] 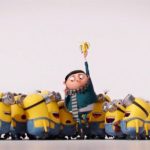 Universal Pictures and Illumination Entertainment have announced that their upcoming Minions sequel is officially titled Minions: The Rise of Gru, and is set to arrive on July 3rd 2020. The first Minions movie served as a spinoff/prequel to Despicable Me, and grossed $1.16 billion upon its release in 2015. Add in the box office takings […] 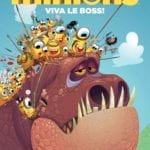 The Minions return this Wednesday at Titan Comics launches the new series Minions Viva Le Boss, and we’ve got a preview of the first issue for you here; check it out… The breakout mascot characters of Despicable Me (and their own movie, Minions!) return for another round of comic capers! The villainous yellow goofballs wander history […] 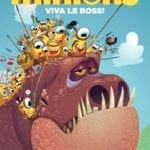 The Minions are set to return this November as Titan Comics launches the new series Minions: Viva Le Boss from the creative team of writer Stephane Lapuss and artist Renaud Collin. Check out a preview of the first issue here… In Titan Comics’ new Minions series, the yellow Minions journey through history looking for a […]

Universal and Illumination Entertainment are celebrating another box office success with Despicable Me 3, the latest instalment of the animated franchise. Spurred on by a $66 million opening in China this past weekend, the film had grossed $477 million by close of play on Sunday, helping to push the series beyond the $3 billion mark combined […]

Universal Pictures and Illumination Entertainment have released a trailer  for the upcoming animated short Mower Minions, which will debut in cinemas alongside The Secret Life of Pets. Mower Minions will hit cinemas on July 8th in the States and on June 24th in the UK. [soundcloud url=”https://api.soundcloud.com/playlists/197064794″ params=”auto_play=false&hide_related=false&show_comments=true&show_user=true&show_reposts=false&visual=fale” width=”100%” height=”150″ iframe=”true” /]