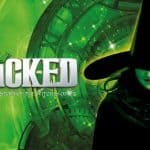 Jon M. Chu has cast a spell over fans of blockbuster stage musical Wicked by announcing on Twitter that his forthcoming adaptation will now be split into two movies released over consecutive Christmases, with the first arriving in December 2024. Chu cited the fact that they were finding it “impossible to wrestle the story of […]

Universal have landed two musical heavyweights for their adaptation of Broadway smash-hit Wicked with the news that Ariana Grande and Cynthia Erivo have been cast in Jon M. Chu’s movie. According to Deadline, Erivo will play Elphaba, while Grande will portray Glinda, with the two announcing the news via their Instagram accounts.   View this […]

Wicked has been one of the biggest Broadway musicals of all time, and after plenty of starts and stops, it seems like the film adaptation is finally on its way as Deadline has broken the story that director Jon M. Chu will helm the Wicked movie. Deadline reports that Chu signed onto this project after […] 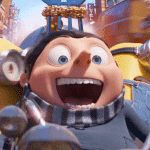 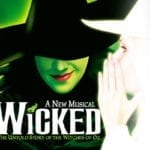 Back in 2016, Universal Pictures announced that it was working on a big screen adaptation of Wicked, the smash hit stage musical which reimagines L. Frank Baum’s classic tale The Wonderful Wizard of Oz, with the studio setting a Christmas 2019 release date for the film. Last September, Wicked creator Stephen Schwartz – who is scripting the […]

If you cast your mind back to 2016, you may recall that Universal Pictures set a December 2019 release date for Wicked, an adaptation of the smash hit stage musical which presents an alternate retelling of L. Frank Baum’s classic tale The Wonderful Wizard of Oz. Since that announcement, we’ve heard nothing in the way […]

Universal Pictures has officially set a December 20th 2019 release date for its long-gestating adaptation of the smash hit Broadway musical Wicked. Stephen Daldry (Billy Elliot) is set to direct the film, while stage show writer Winnie Holzman and composer-lyricist Stephen Schwartz will also reunite for the project. Based on Gregory Maguire’s novel Wicked: The […]

A big screen version of the hit stage musical Wicked has been talked about for a number of years now. Stephen Daldry (The Reader, Billy Elliot) has been linked to direct but as yet no other information has been confirmed by Universal; however we may be seeing the movie adaptation a lot sooner than we […]