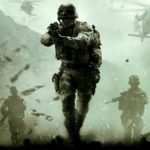 Although not officially confirmed by Activision themselves, there has been some surprising info leaked regarding the title of the next Call of Duty game. According to a Tweet from YouTuber LongSensation, Activision will be calling the next title in the franchise Call of Duty: Modern Warfare.  You can be forgiven thinking it is just a […]